New York City is my favorite place to wander aimlessly. Today we had perfect weather to walk around the city. So after a quick bagel breakfast on the Lower East Side, we took the subway to Columbus Circle on the southwest corner of Central Park. The first thing we saw on the street was a building owned by an orange egomaniac running for President. The building wasn't worth a photograph...like it's owner...it was soulless. 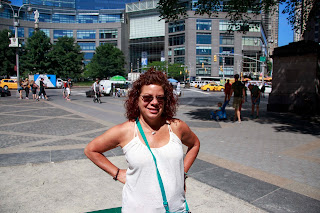 This lady has been following me around NYC for over 30 years now. Every time I tell a police officer to arrest her...he says she's your problem buddy, not mine. 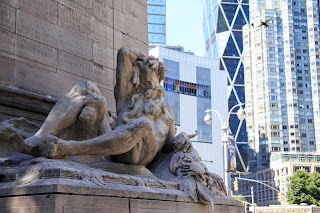 So we walked through Central Park on our way to the zoo. 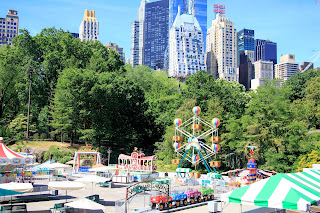 This is new to me. A little amusement park located on the Wollman Ice Rink for the summer months. 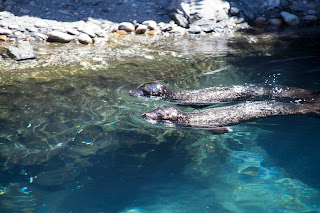 We took a short stroll through the Central Park Zoo and saw these harbor seals which have returned to New York Harbor according to the sign I read. 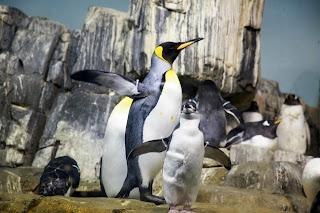 We cooled off in the penguin exhibit before heading downtown for lunch. 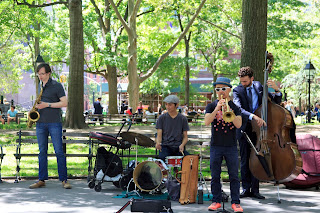 Then we stopped in my favorite park in the city...Washington Square Park. Recent "upgrades" have sanitized the park a bit and I'll admit it looks great but why does everything have to be so perfect for  a certain segment of society. At least there still are musicians performing all over the park. Also, I bought a pretzel from a vendor in the park without someone offering me heroin while in line. Which actually happened to a teenage me while in the park with my grandfather in the late 1970's. 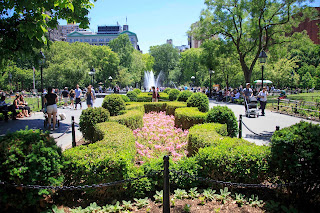 So I guess this new version of WSP isn't all bad...at least you can still smell marijuana in the park. 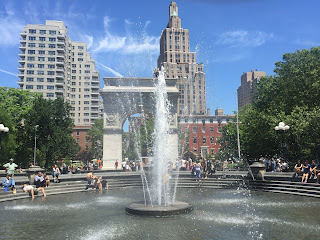 We cooled off at the fountain with Washington Arch and 5th Avenue behind it. Then we headed east toward Broadway on our way back to the Lower East Side. 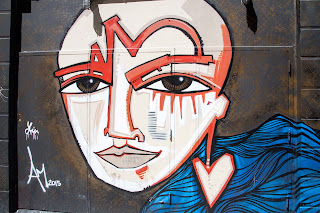 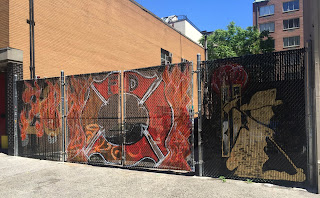 Outside a firehouse somewhere along the way. 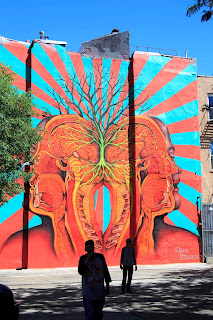 The police were questioning or removing people from this private lot so I jumped in to get a picture of this mural. 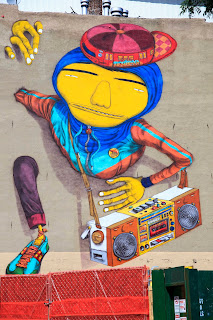 So many walls...so many places for art. 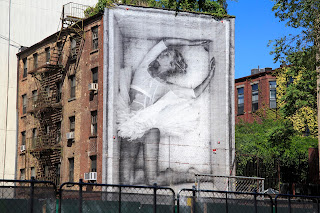 I love this city and downtown is my favorite section despite the many changes over the past 25 years. 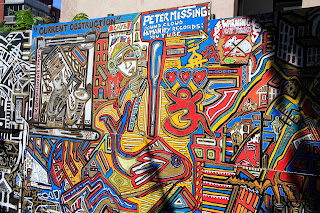 The reason I love wandering this city is because we always find something new to us. Today it was the First Street Green Art Park at Second Ave & Houston St. It is just a narrow strip of land between tenement buildings and Houston Street...but someone created this peaceful and amazing place to relax for a few minutes and enjoy the art work. So we did. 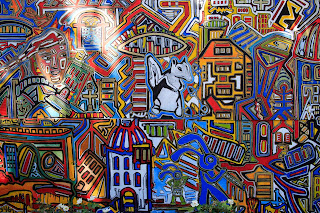 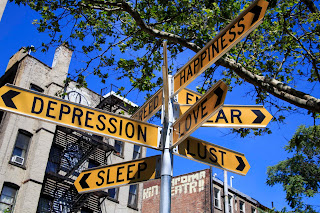 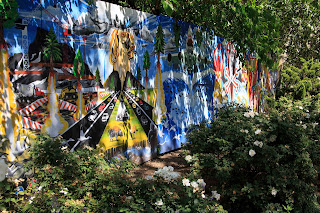 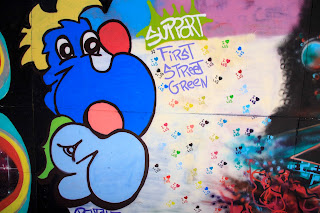 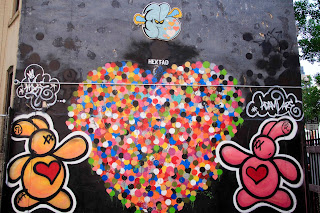 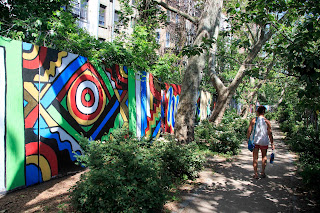 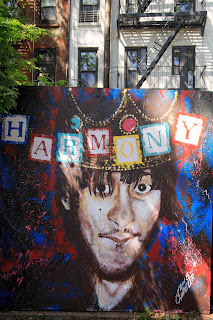 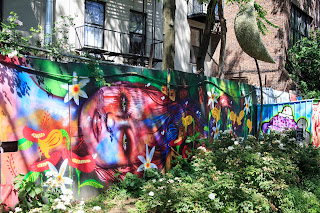 After enjoying this beautiful little park, we headed east on Houston. 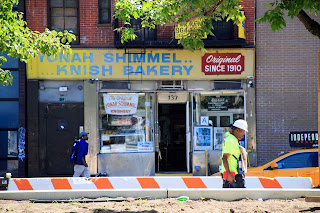 Yonah Shimmel is one of the last old school places to get a knish on the lower east side. 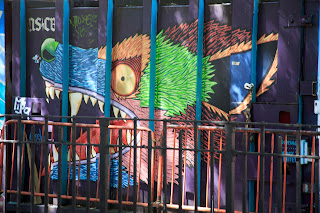 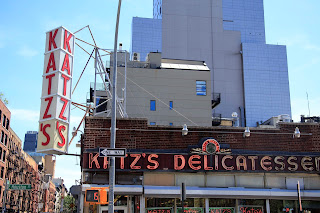 We headed south on Ludlow St. to walk back to our hotel which took us right by this famous place. But we decided on gelato across the street at Il Laboratorio del Gelato. Damn good gelato...lots of interesting flavors. 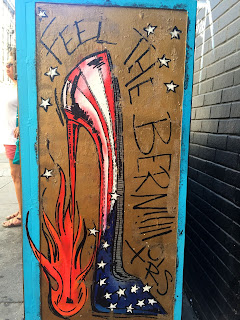 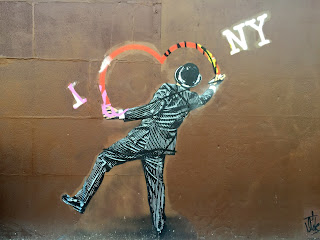 We had dinner at Farmhouse on Ludlow & Broome. Then had drinks at Molloy's Irish Pub in Hell's Kitchen before seeing Avenue Q at the New World Stages Theater on W. 50th Street. Afterwards we joined our friends Tom & Laurie at Top Hops Beer Shop on Orchard St. for a late night drink. We ended our night with a great view of the Williamsburg Bridge and the Lower East Side from the balcony of their room on the top floor of the Blue Moon Hotel. I'll end with this...see the picture above.