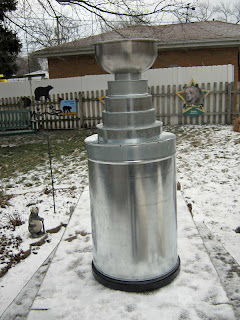 Back in November, my hockey team won the South Suburban Adult Hockey League championship in the B league. After a celebration on the ice, Walter ran out to his car and returned to the locker room with a replica Stanley Cup that a friend of his made with duct work sheet metal. We passed it around and Walt took pictures of each player holding the Cup. I never got any of the pictures from him. But just like the real Stanley Cup, we each got a day with the trophy. Today was my day. 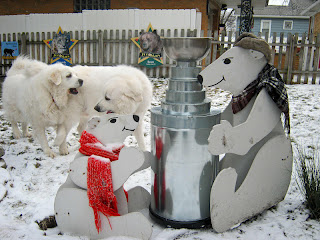 Here's my dogs ruining my picture. Like this blog doesn't have enough pictures of my dogs. 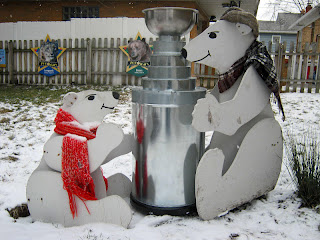 Finally a shot of Chrissy's polar bears with the Stanley Cup. 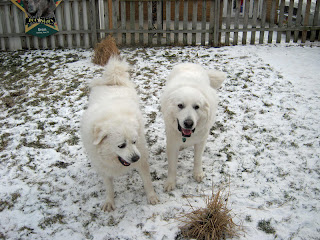 And a picture of these two numb nuts.﻿
Posted by Gregg at 8:54 PM