Last night I stayed at my friend's Debbie & George's place in River North. They are such good friends that they let me invite myself for a night because I had tickets to the Frank Turner late show at the Double Door. So a big thank you to both of them. This gave me the opportunity to do something I always talk about but never do...be a tourist in my own city. I have tickets for Lollapalooza today so I walked from their place to Grant Park. I followed the elevated subway train line known as The "L" most of the way. 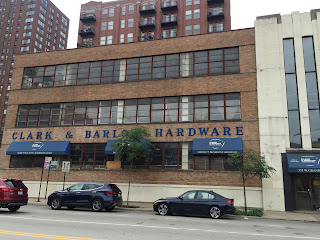 I was stunned to see Clark & Barlow Hardware has closed. I've been doing service work at gas stations since 1985. If I ever needed some hardware to finish a job in the city, I could always find it here. Why do Americans love big box stores so much? The service sucks because they won't pay for people that know what they are doing. Sure you save a few dollars but at what cost? Here's an excellent article about why this place was so special. It says exactly how I feel about this much better than I can.  http://beltmag.com/sales-final-closing-chicagos-clark-barlow-hardware/ 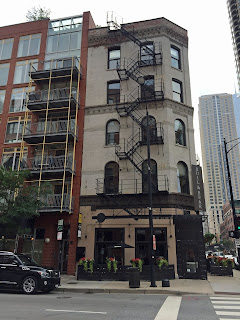 A beautiful corner apartment building with detailed craftsmanship next to a soulless condominium. 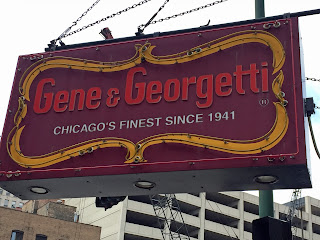 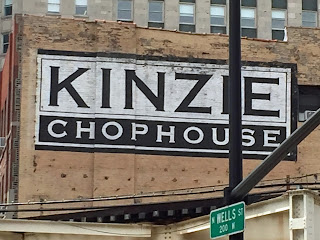 A somewhat newer school place but has that classic old time vibe about it. 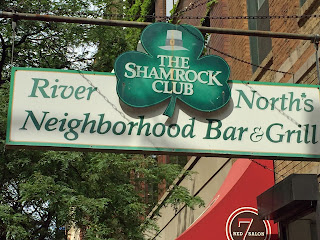 Every neighborhood has to have an Irish bar 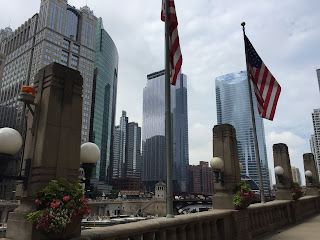 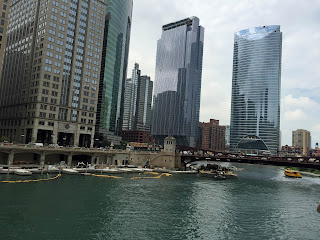 ...and low rise construction of Chicago's new River Walk along the water's edge. 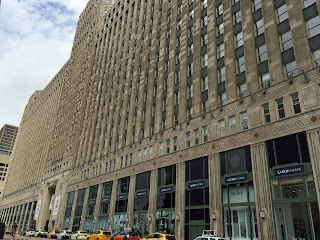 The venerable Merchandise Mart was the largest building in the world when it opened in 1930. 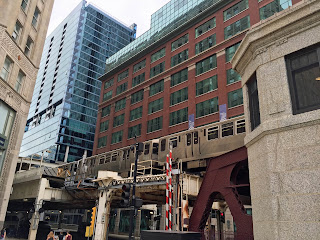 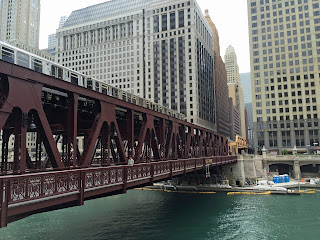 The Wells Street bridge across the Chicago River. 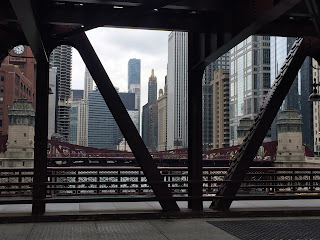 The city of Big Shoulders was built with a lot of steel and stone. 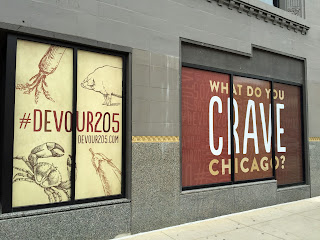 A new food hall and market opening soon at Wells & Wacker. This place looks interesting, check it out at http://devour205.com/ 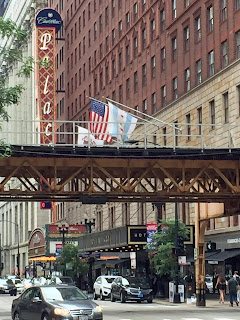 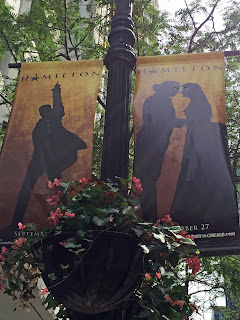 ...and coming soon to Chicago. I got my tickets. I can't wait to see the forefathers of our country rapping in this musical. 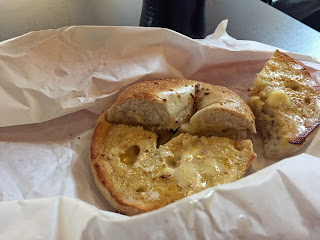 I interrupt this walking tour to eat my breakfast at the Halsted Street Deli & Bagel... 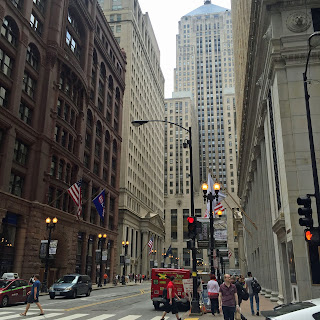 ...now back to the tour. This is LaSalle Street. It's Chicago's Wall Street. So this is where rich, old white men manipulate your lives in ways you don't even realize. But I do love these grand old buildings they built to protect themselves from the angry mobs. Wait, there are no angry mobs...we are too busy watching 500 cable channels, posting on facebook and writing blogs no one reads. We get what we deserve in this country...enjoy your new President in 2017...while I enjoy these impressive buildings. 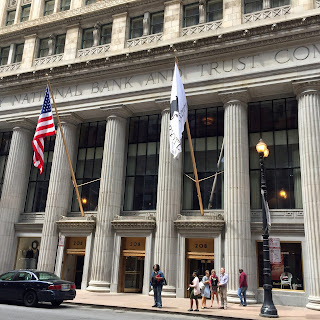 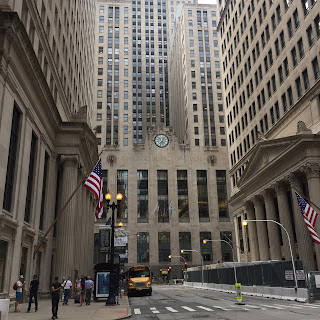 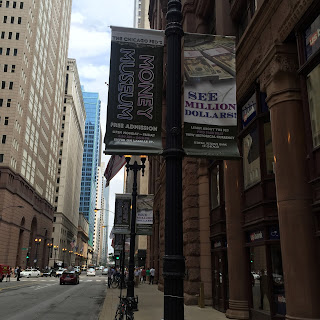 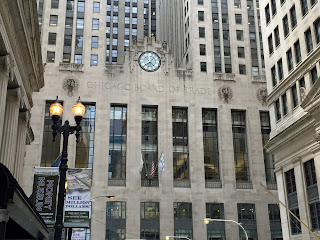 I had to meet my friend Patty at Harrison & State so we could head into Grant Park for Lollapalooza. So I didn't take any pictures after LaSalle Street... 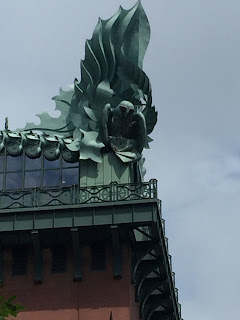 ...except this one of my favorite "new" building in Chicago. It opened in 1991. This beautiful and massive red brick building is topped off several acroteria that made me love this building. OK, I'll admit I used to call these statues gargoyles. But I just looked it up and acroteria is plural for acroterion. I found this on Wikipedia, "An acroterion or acroterium is an architectural ornament placed on a flat base called the acroter or plinth, and mounted at the apex of the pediment of a building in the classical style. It may also be placed at the outer angles of the pediment; such acroteria are referred to as acroteria angularia(angulāria means ‘at the corners’). The acroterion may take a wide variety of forms, such as a statue, tripod, disc, urn, palmette or some other sculpted feature. Acroteria are also found in Gothic architecture.[citation needed] They are sometimes incorporated into the design of furniture.[1]The word comes from the Greek akrōtḗrion (ἀκρωτήριον ‘summit, extremity’), from the superlative form of the adjective akros (ἄκρος, ‘extreme, endmost’). It was Latinized by the Romans as acroterium.[2] Acroteria is the plural of both the original Greek[3] and the Latin form.[4]"

So that is the end of my walking tour. I hope this encourages you to do the same in a neighborhood of your choice. Maybe our paths will cross somewhere in the city and we can share our pictures in a local bar or restaurant. Chicago is our city let's get out there and enjoy it.