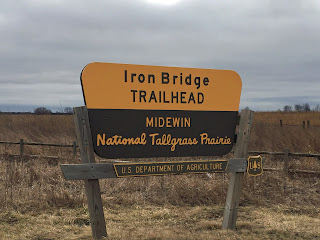 We spent the morning hiking at Midewin National Tallgrass Prairie just south of Joliet on Route 66 (now known as Route 53). This was our first visit to this park. We were the only ones there early this morning so we had the place to ourselves for awhile. Since the bison area is accessible from the Iron Bridge trail, we stopped here. 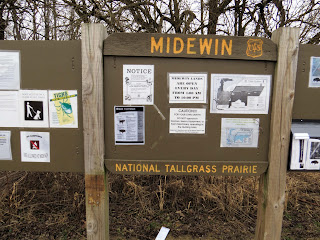 We picked up information at the trailhead about the bison reintroduction to this area late last year. Yes, they are bison. Buffalo are found in Africa and Asia not in North America. 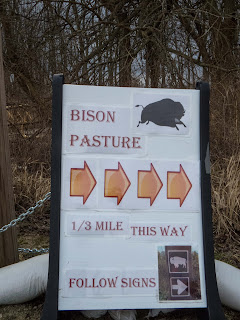 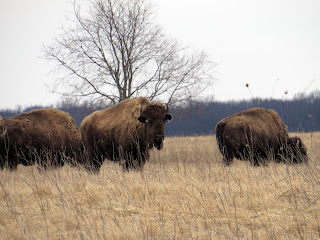 We got really lucky because the bison were hanging out along the Iron Bridge trail this morning. 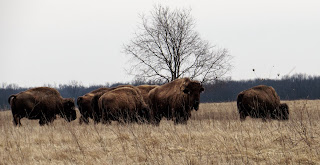 We saw a herd of at least a dozen bison. 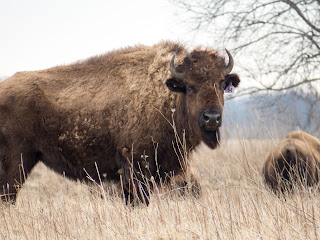 This big bull gave us the stink eye as he moved closer to us... 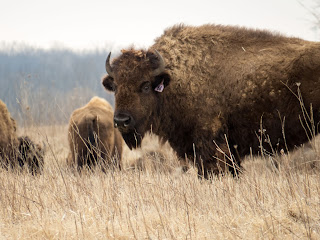 ...and the herd moved away from us. 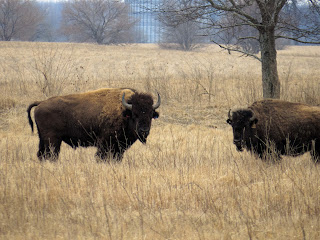 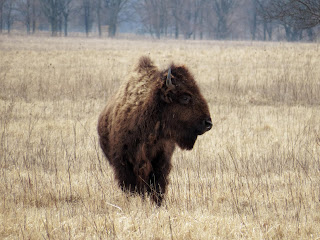 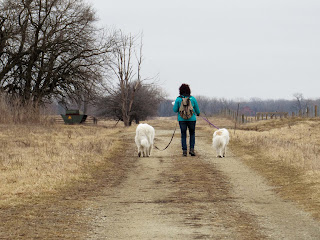 A girl and her dogs on the Iron Bridge Trail. 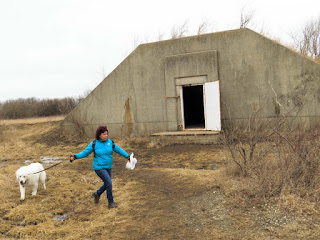 This used to be a munitions plant known as the Joliet Arsenal.We stopped at the only bunker left open by the US Forest Service. Nola did not like the echo in there. The more I laughed at her the more she freaked out so we didn't stay long. 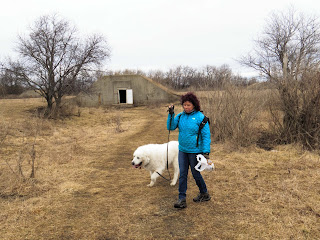 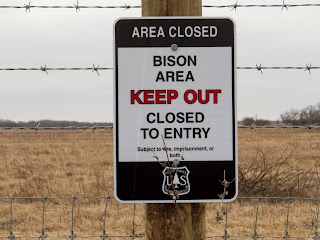 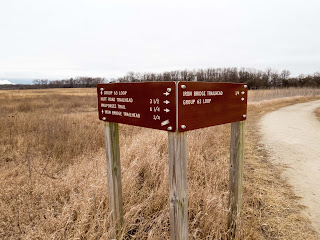 We walked out to the Iron Bridge which crosses over Rt 53 and takes you to the other side of the park. 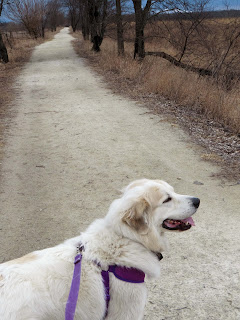 Nola waiting for Oslo to catch up. 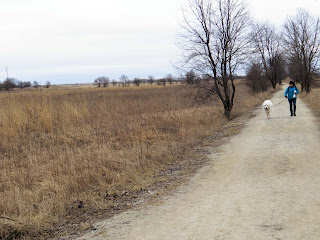 The tallgrass prairie here is one of several areas that has been restored from farm land back to prairie. 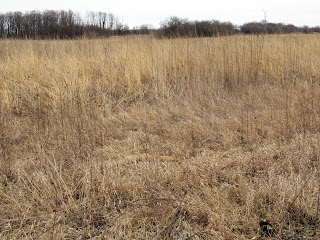 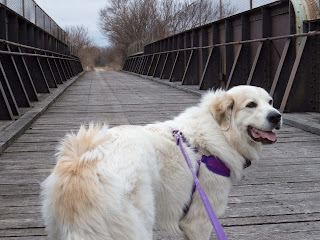 Nola on the Iron Bridge Waiting for Oslo again. 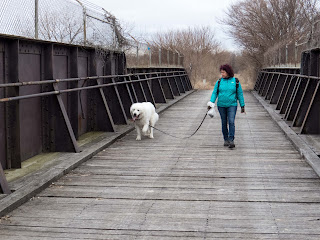 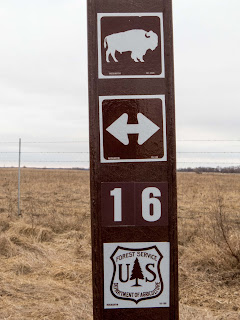 There are trail markers around the Bison Experimental Area so you know where to look for them. 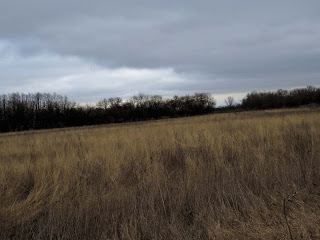 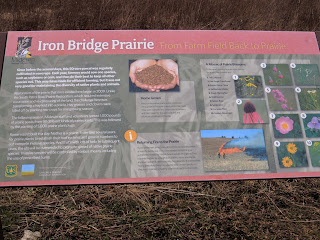 A sign explaining how this section was restored from farm back the prairie. 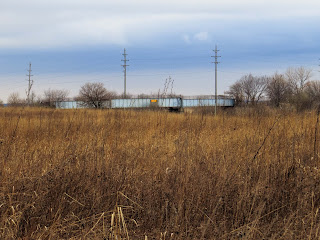 The Iron Bridge from across the prairie. 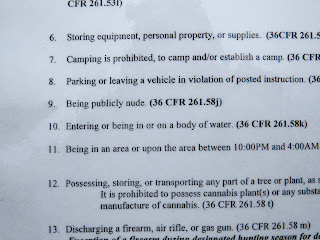 I spent some time at the trailhead reading the posted information. The photo above is a list of what is prohibited at Midewin...#9 made  me laugh.

The Abraham Lincoln National Cemetery is across the street from Midewin. So we stopped by to pay our respect to those who have served in our Armed Services. Chrissy has family members buried here and thanks to the computer at the public information building... 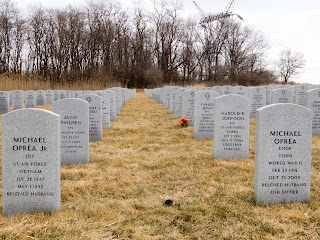 ...we found her Great Uncle Mike Oprea and her cousin Mike's graves. 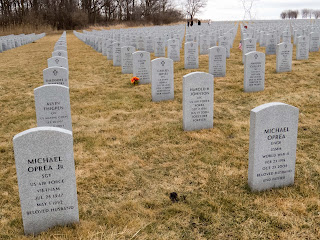 Her Great Aunt Ann is also buried here but not listed on the gravestone. I really miss them. We had a lot of fun with them despite the big age difference between us. We paid our respects to them personally... 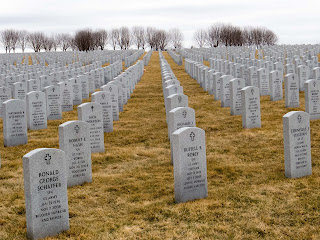 ...and to the rest of the names listed across the cemetery...we are humbled and honored to be standing among you today. Thank you for your service to our country. 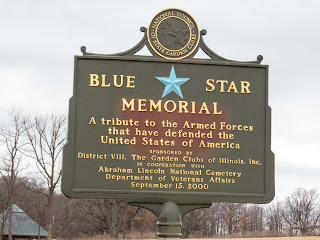