Today I did something I haven't done in over 20 years. I unwrapped a vinyl record, an LP...a long play 33-1/3 RPM record. One of my favorite bands, Marah, have released their latest record on CD, cassette or LP. That's right I bought "Life Is A Problem" on high quality 180 gram vinyl. 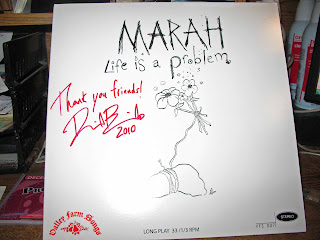 I can not remember the last LP I bought. I do remember I got my first CD player as a Christmas present from by brother, Jeff, in 1987. I'm not sure why I bought this record. I guess I wanted to support one of my favorite bands and I felt like checking out the LP. The pop as I dropped the needle onto the record definitely brought back memories of my younger days. The few seconds of quiet static before the first song began almost brought tears to my eyes. Even though it was a single LP, it was a gatefold album package. 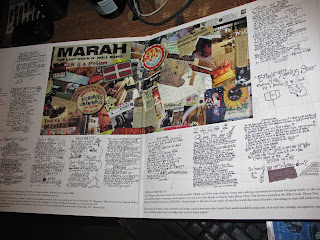 As the record played, I sat there reading the lyrics, the band members names and which instruments they played and the credits. I spent most of my youth doing this exact thing. It was how I learned about the bands. This is how I became a fan of rock'n'roll music. Sure I felt like a kid again today...what's wrong with that? 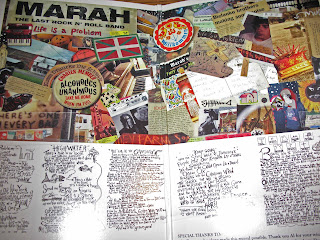 As I read the lyrics, I sang along to the songs. I checked out the amusing artwork on the LP jacket. I loved holding that gate fold album, mostly because at my age it is much larger and therefore easier to read than CD booklets. When CD's first came out, I used to have Vinyl Sundays. I would only play my old records on Sunday. When I had to flip this record over after only five songs...I remembered why Vinyl Sundays came to an end. But today I was happy to get up and flip the record. And just in case you think I am some old lone wolf trying to relive some childhood memories, I 'll end today's blog with a true story. On the Saturday night before I injured my leg, Chrissy & I went to see the Mighty, Mighty Bosstones at Riot Fest. It was a four day, multiple venue punk rock show. That night at the Congress Theater just about every band merchandise table had vinyl records for sale. When we got on the subway, there were four different kids holding LP's from the show. I had to smile. Like The Who once said...the kids are alright.
Posted by Gregg at 4:23 PM