We got our first snow of the year today. It wasn't much but on my way home it was visibly falling. I heard we had 30 straight days of above average temperatures before it dropped yesterday. Overall December 3rd is kind of late for our first snow. Still no accumulation but I hear maybe next week. It might officially be autumn, but winter is now here. 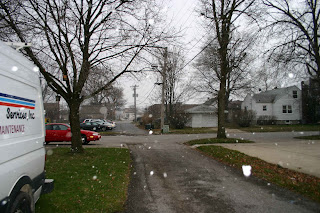 Last night my hockey team lost our first play off game of the fall season. It is a double elimination tournament. We were completely outclassed by SNS 6-1. We had our excuses, three weeks since our last game and their questionable roster (lots of new faces we hadn't seen all season). But we lost. So tonight's game against the Advantage was a must win. We fell behind 5-2, took a late 7-6 lead but they tied it. We dominated the last 2 minutes but could not score. Sudden death overtime. The loser is done for the season. It's 4 on 4 for five minutes then a shootout. Again we dominated the OT in their zone and Bryan Repa scored the game winner at 1:43 of OT. Next game against the Predators on Thursday. 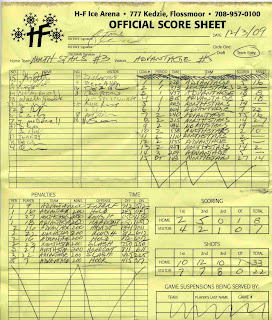