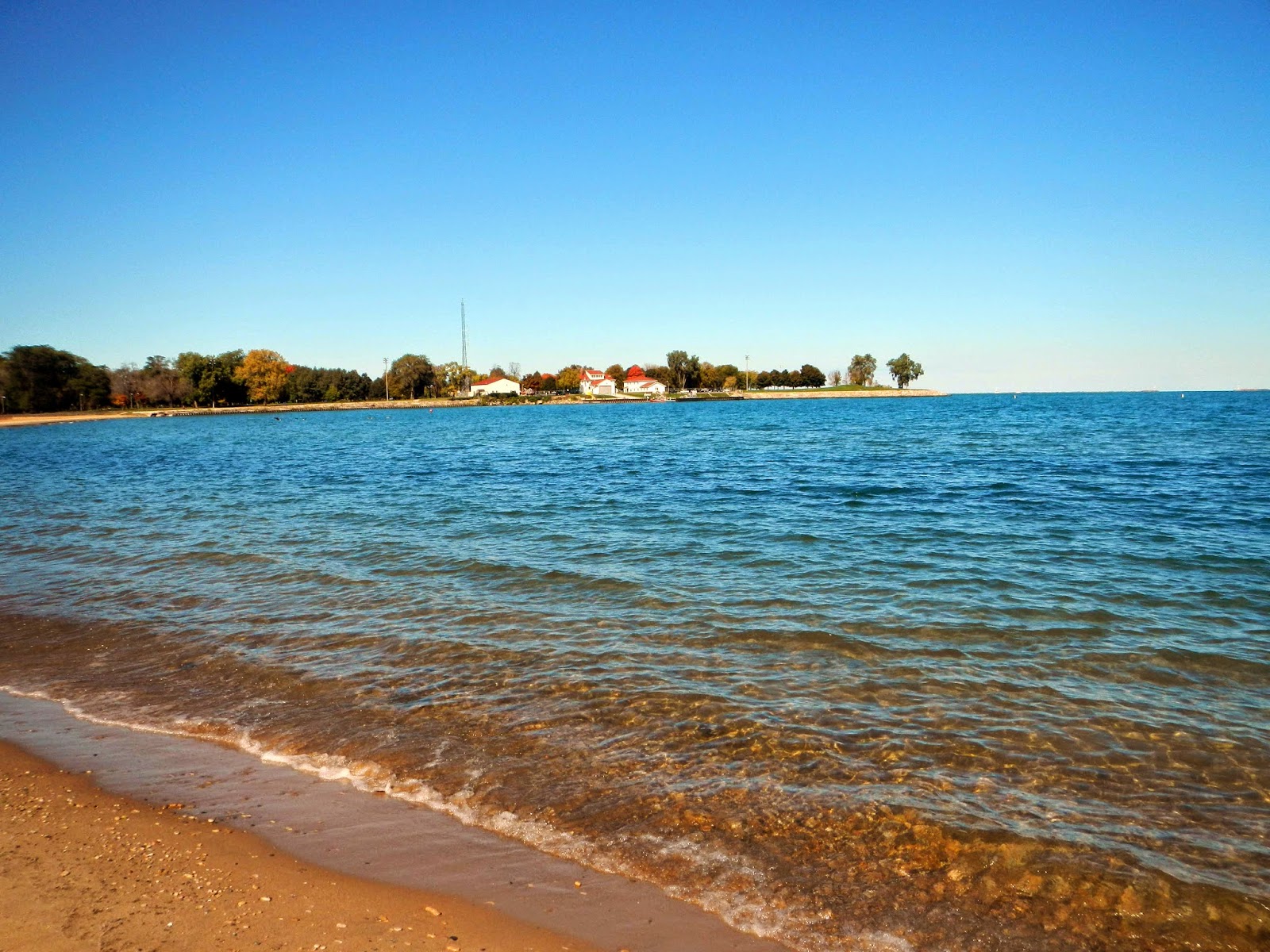 Blues skies and sunshine. A perfect fall day. So me and the dogs headed to the 95th Street bridge for some lunch. I grabbed some fried and smoked shrimp with a RC Cola at Calumet Fisheries. It turns out the only counter guy that serves me regularly tells me he is leaving for another job. I wish him well and head over to Calumet Park to enjoy my lunch. Then we walk along the beach... 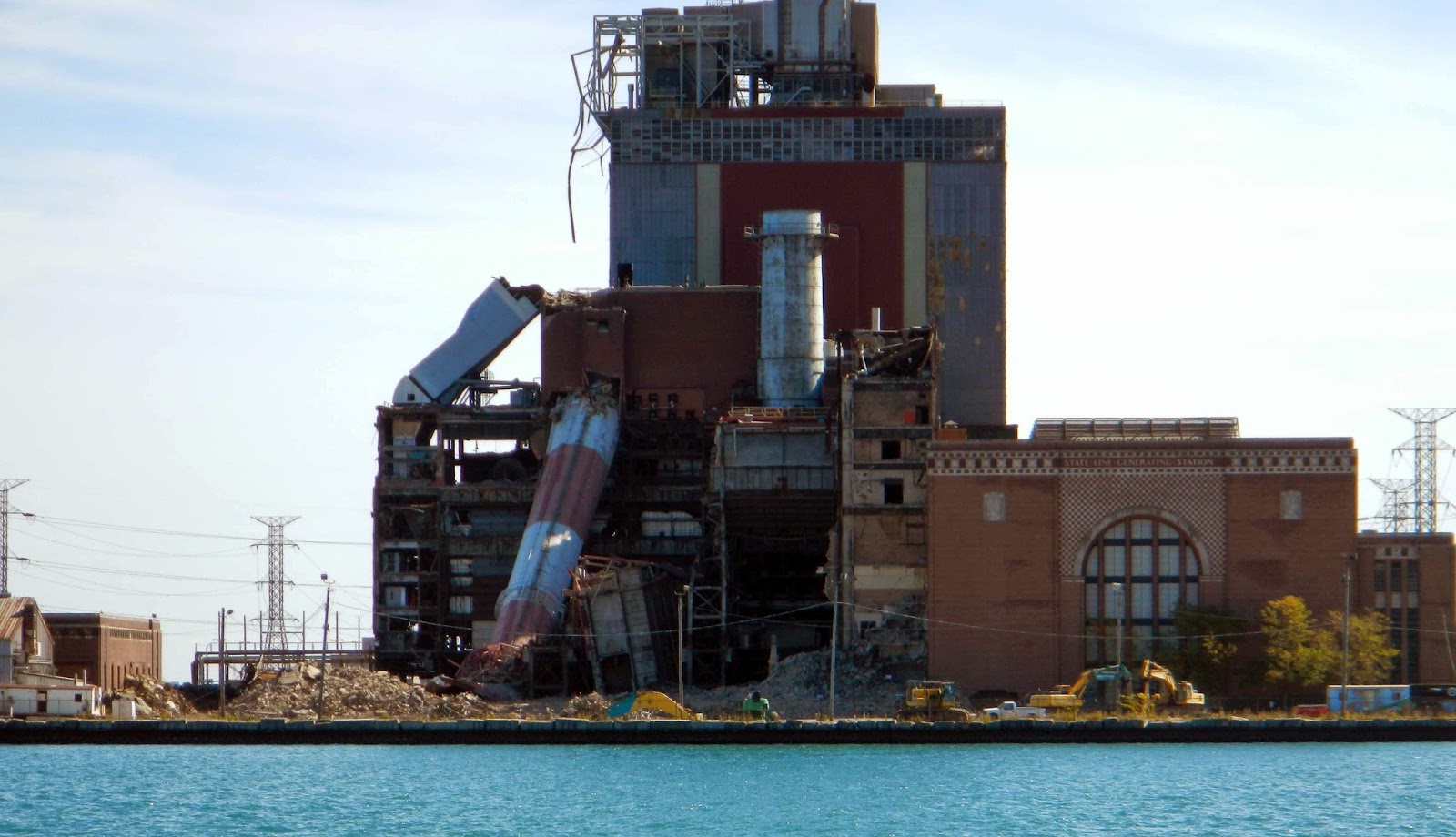 ...toward the power plant on the Indiana Illinois state line. It has been closed for two years and now it is being demolished. 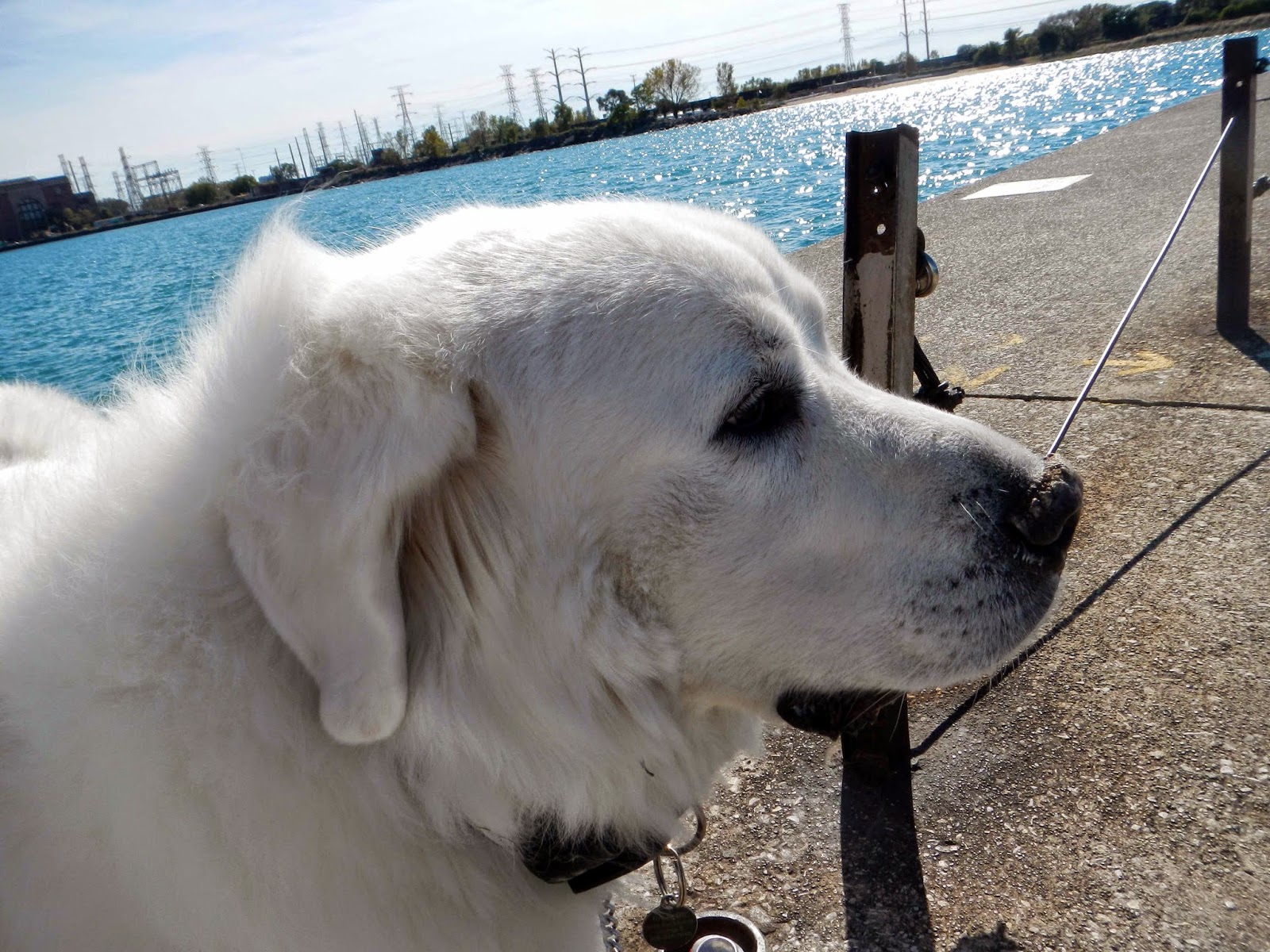 We walked out on the pier... 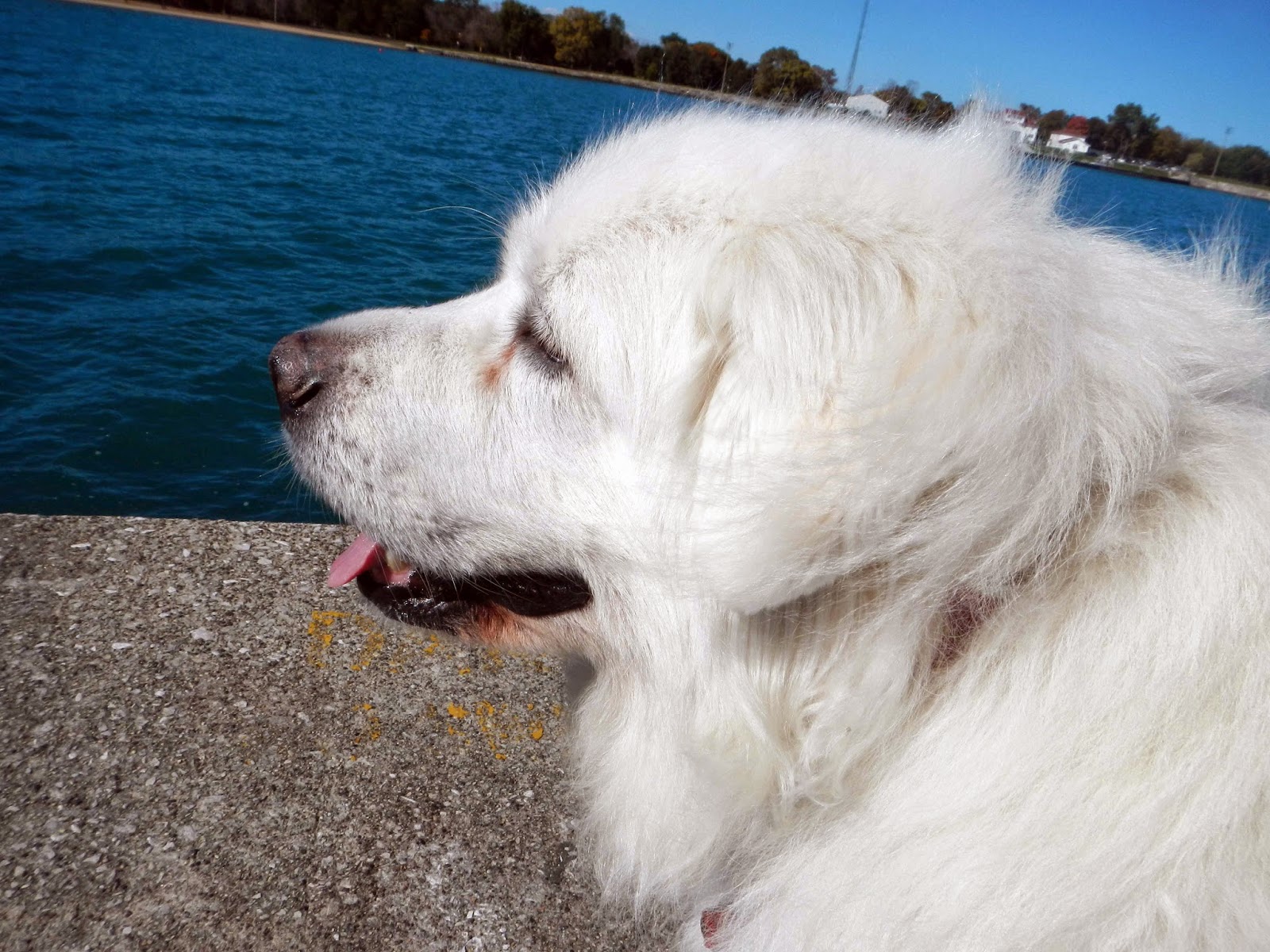 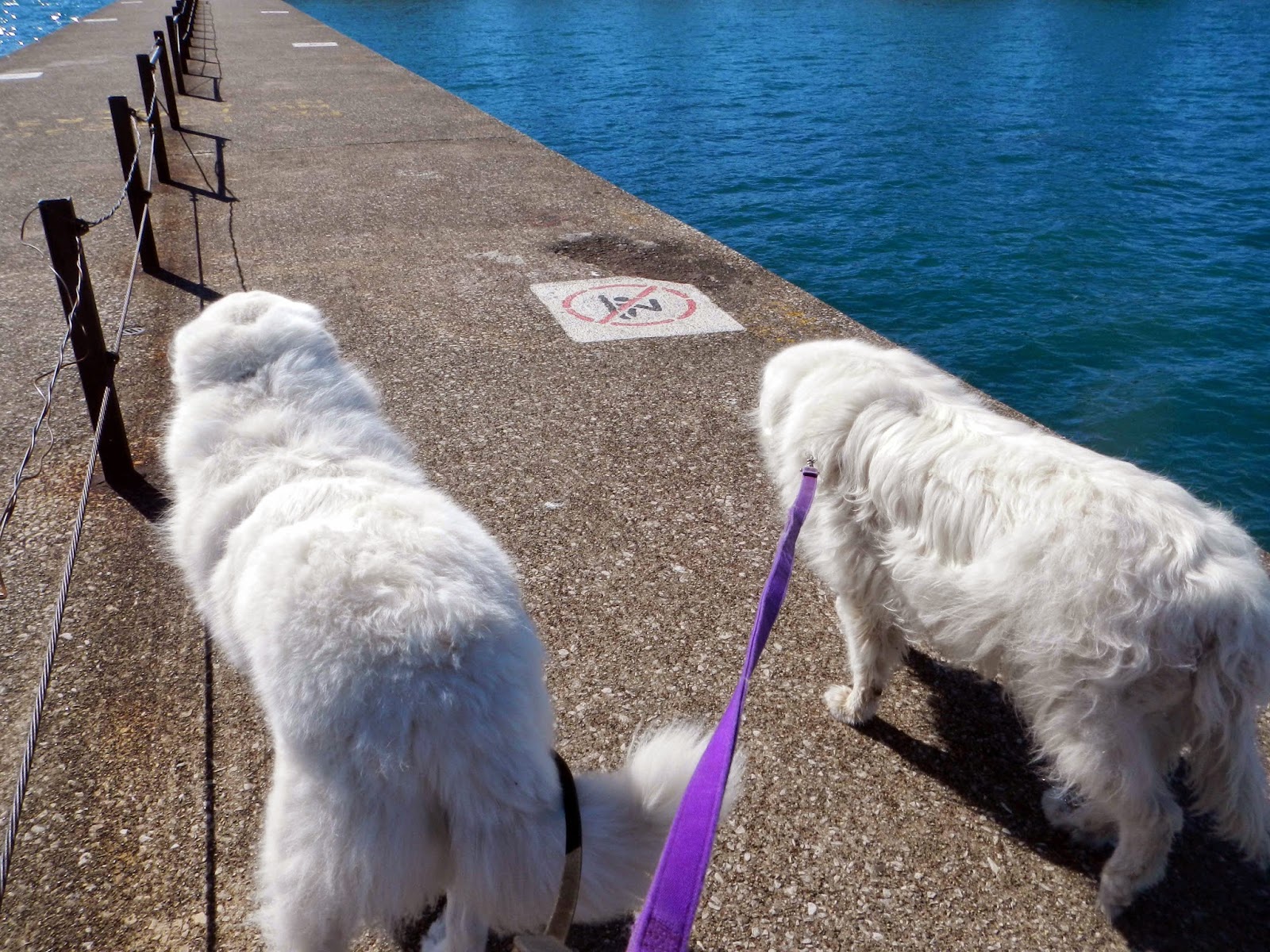 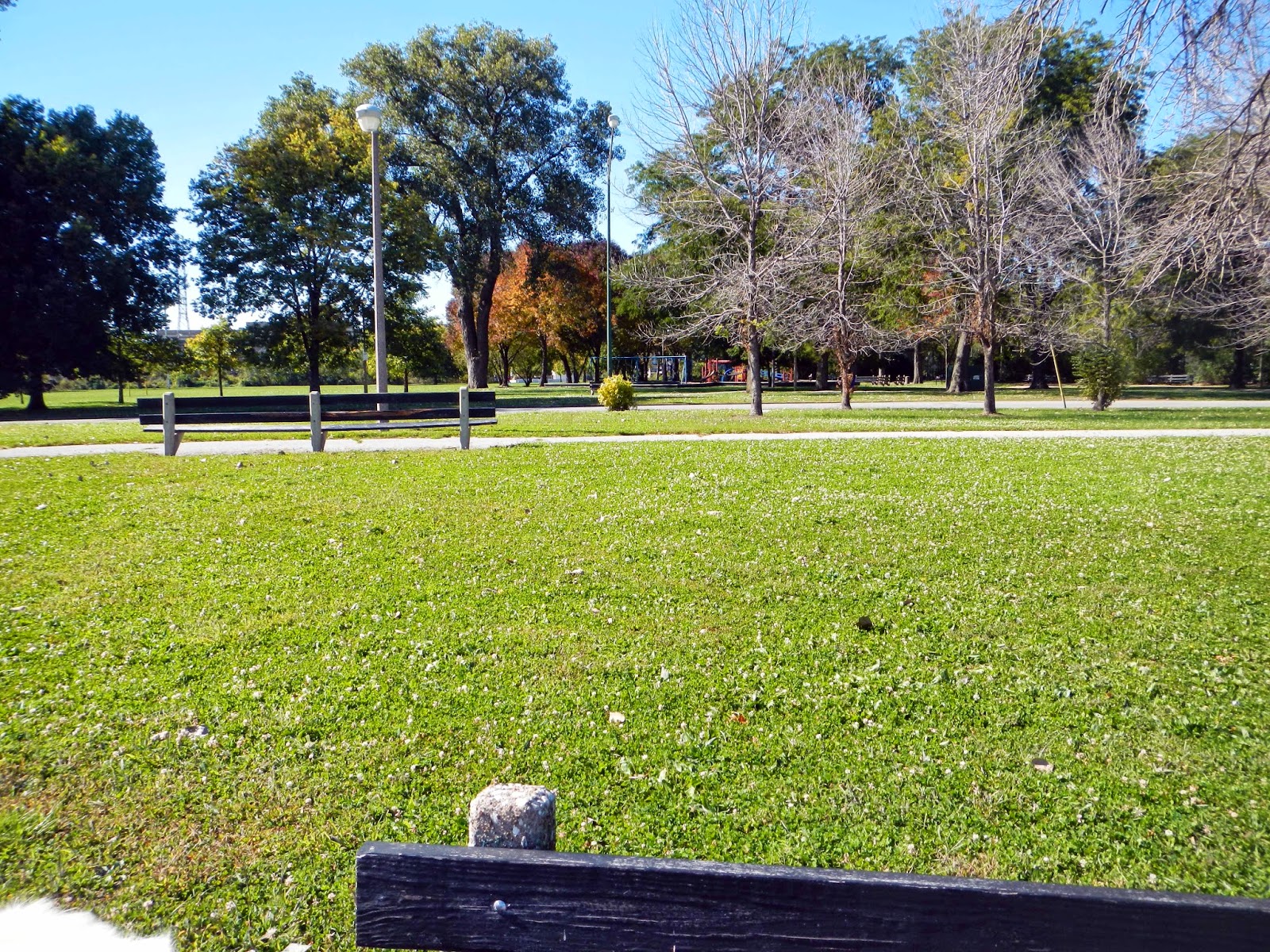 At first I was enjoying the solitude of an empty park. But then I was saddened by the fact that on a beautiful fall day, no one else thought about coming to one of Chicago's largest parks. 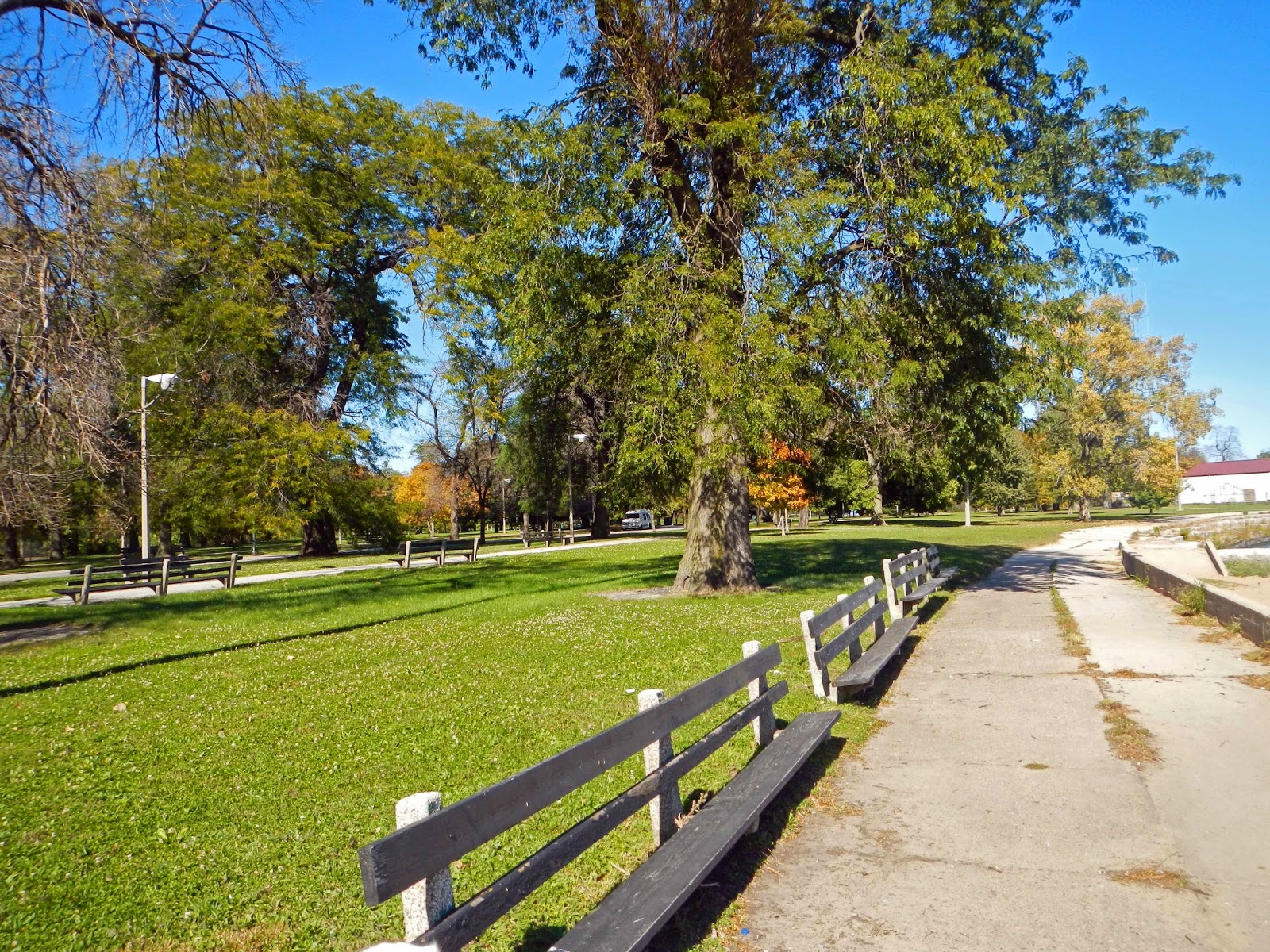 After last winter's severe weather, I would think Chicagoans would take advantage of any nice days we have left before another polar vortex arrives. Nothing I can do about the rest of the world. 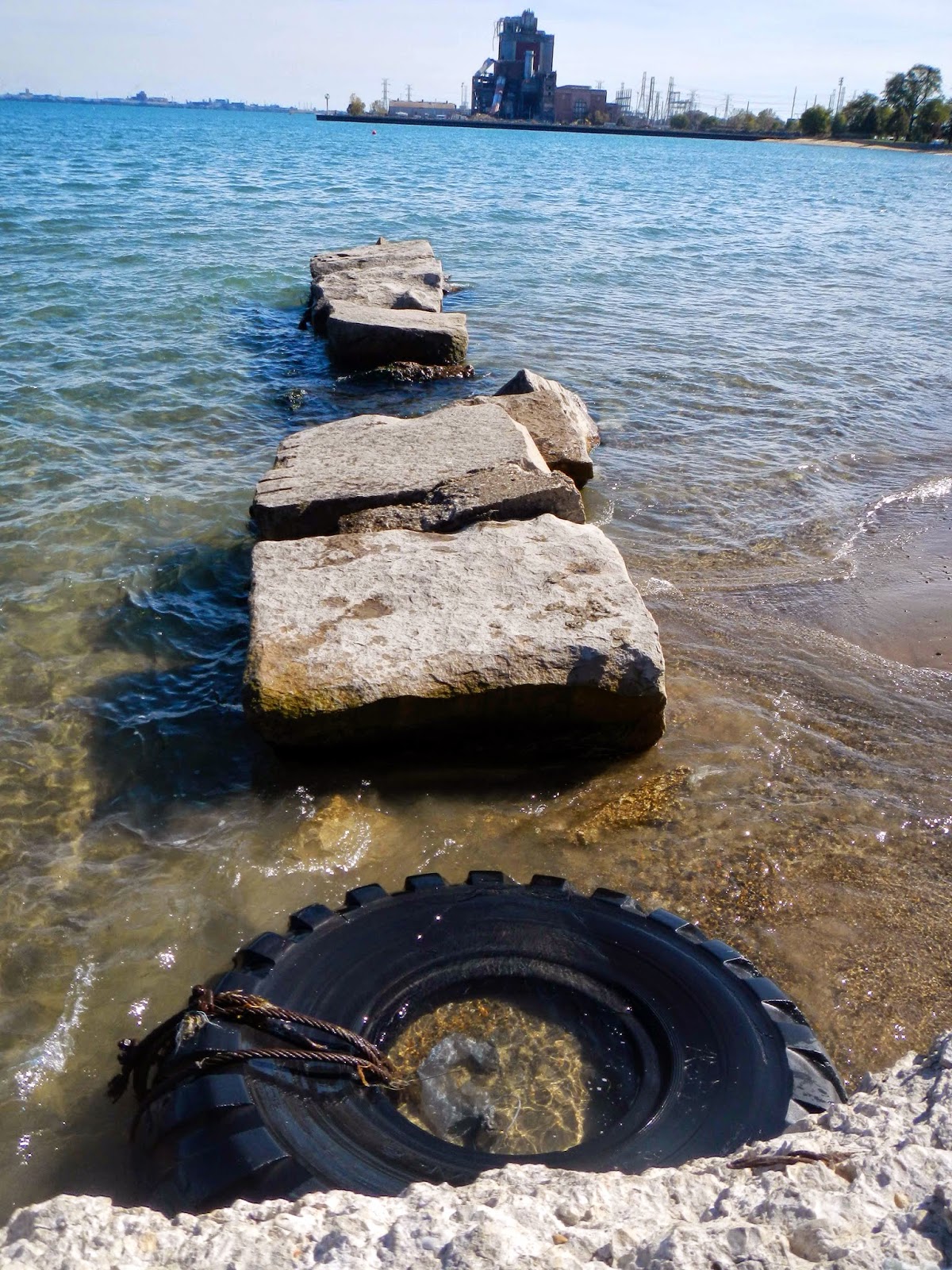 I decided to walk out on a concrete break wall and relax above the lake. After sitting down, I took a few pictures from my new vantage point. 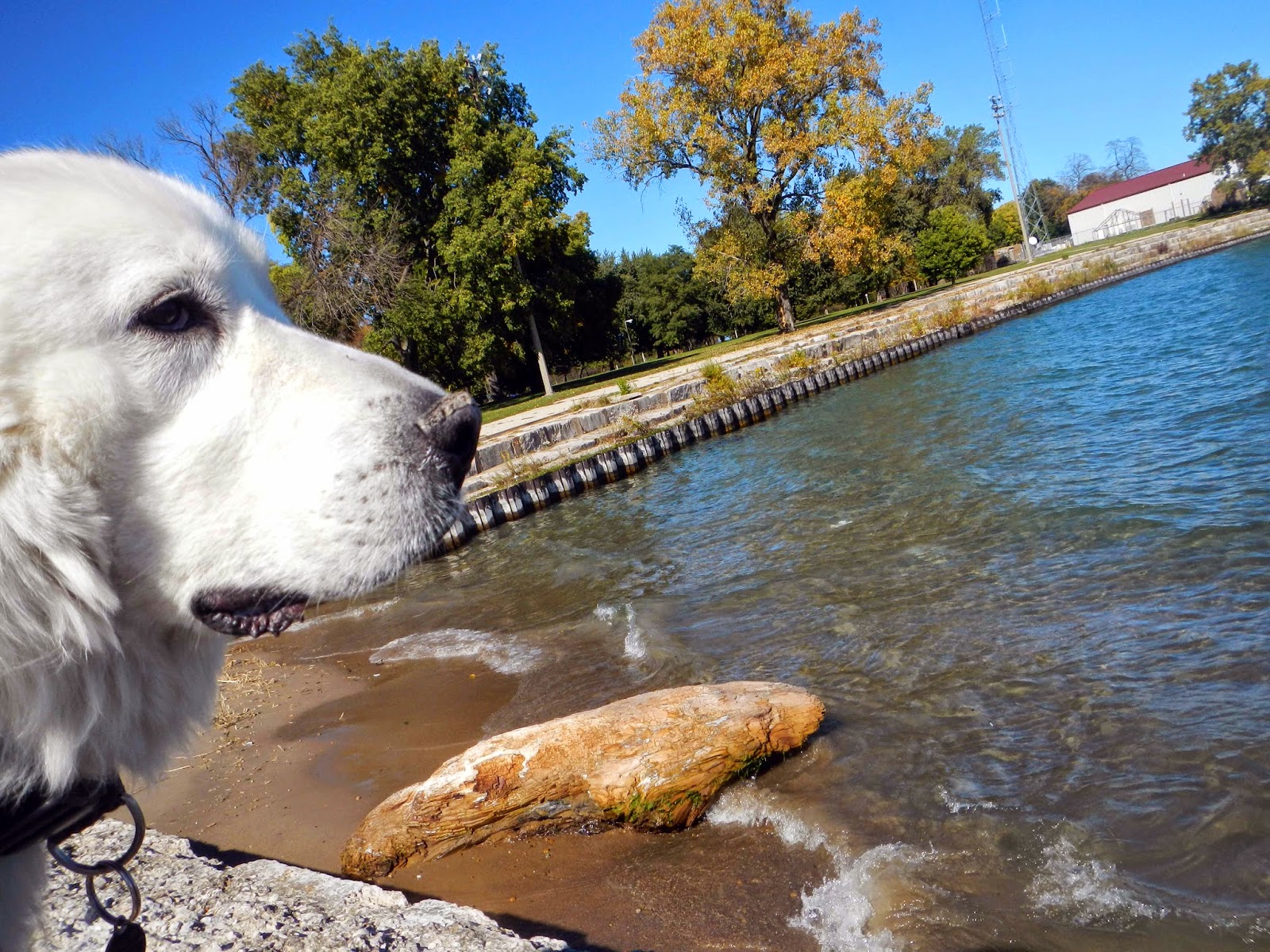 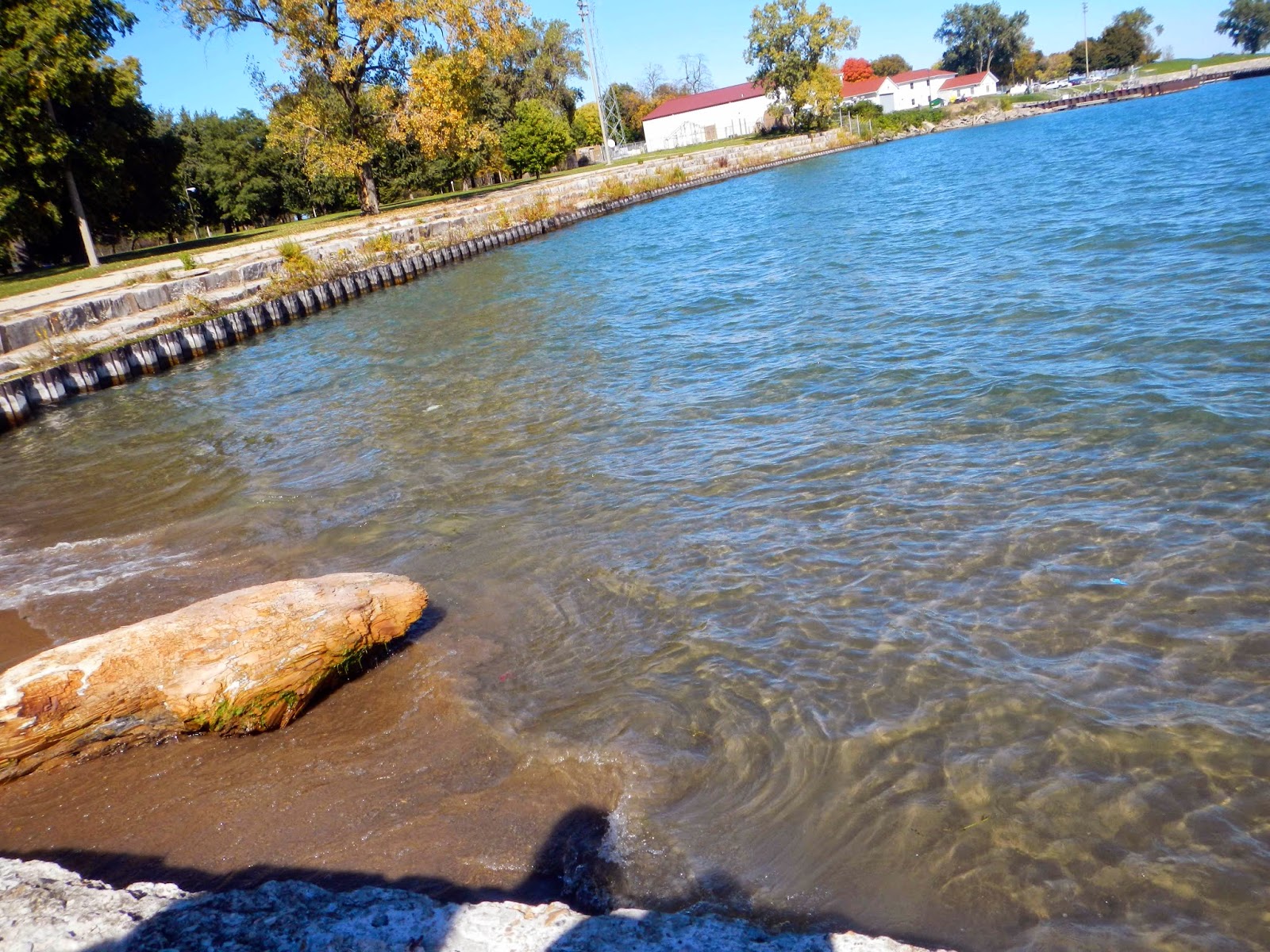 ...the shoreline toward the Coast Guard station. 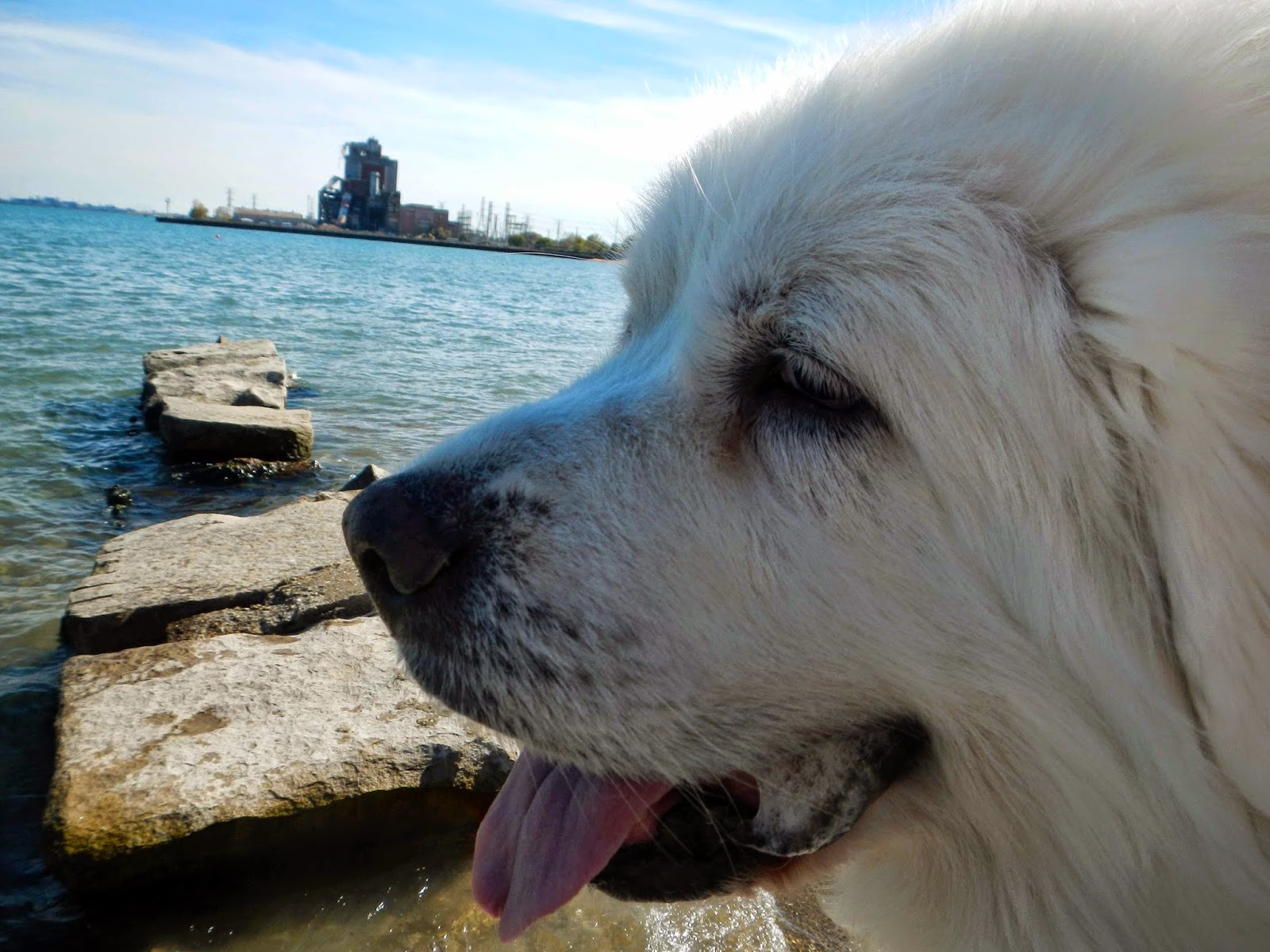 A giant Roxie head in my face. 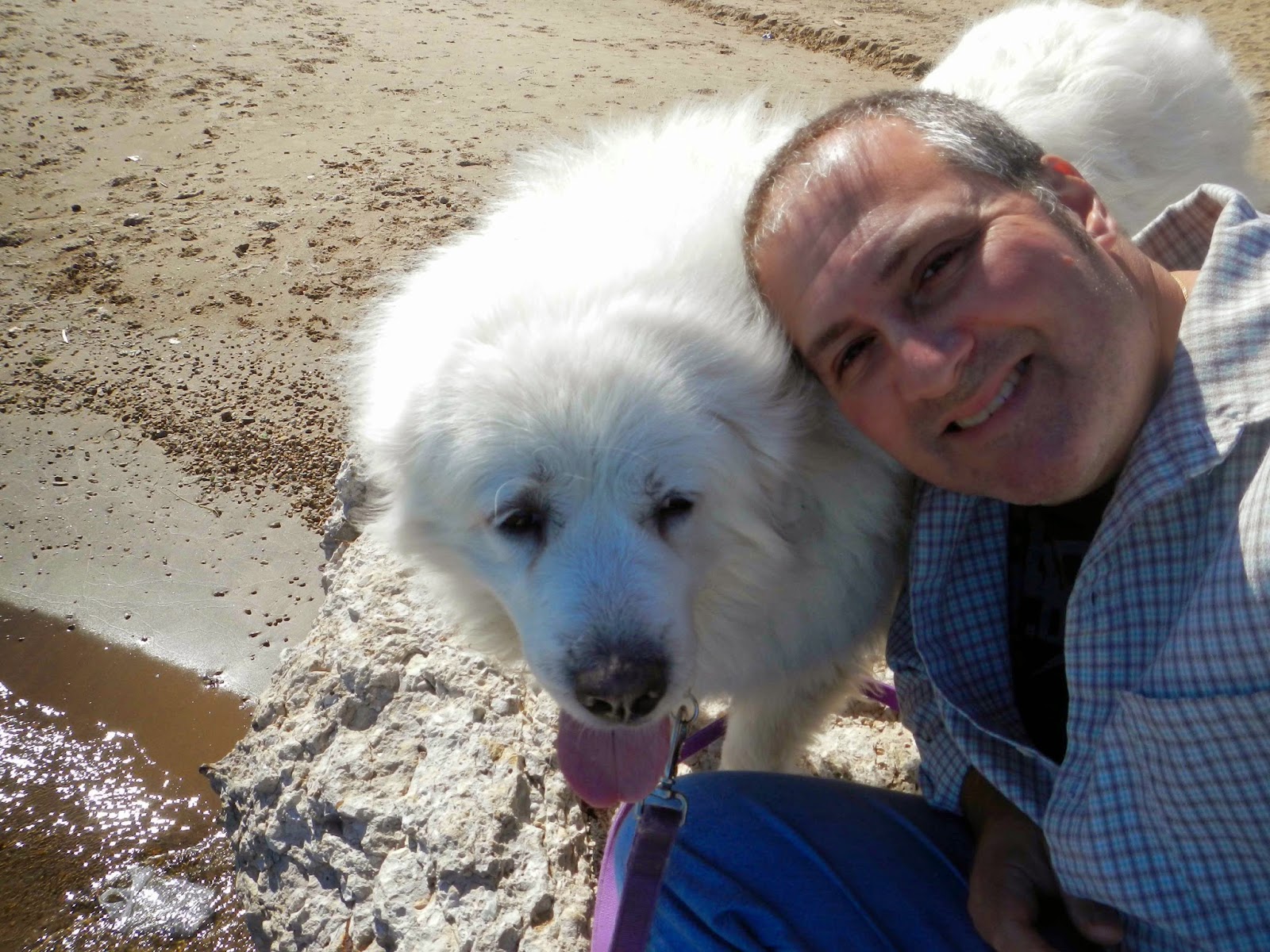 Roxie was excited to take a selfie with me... 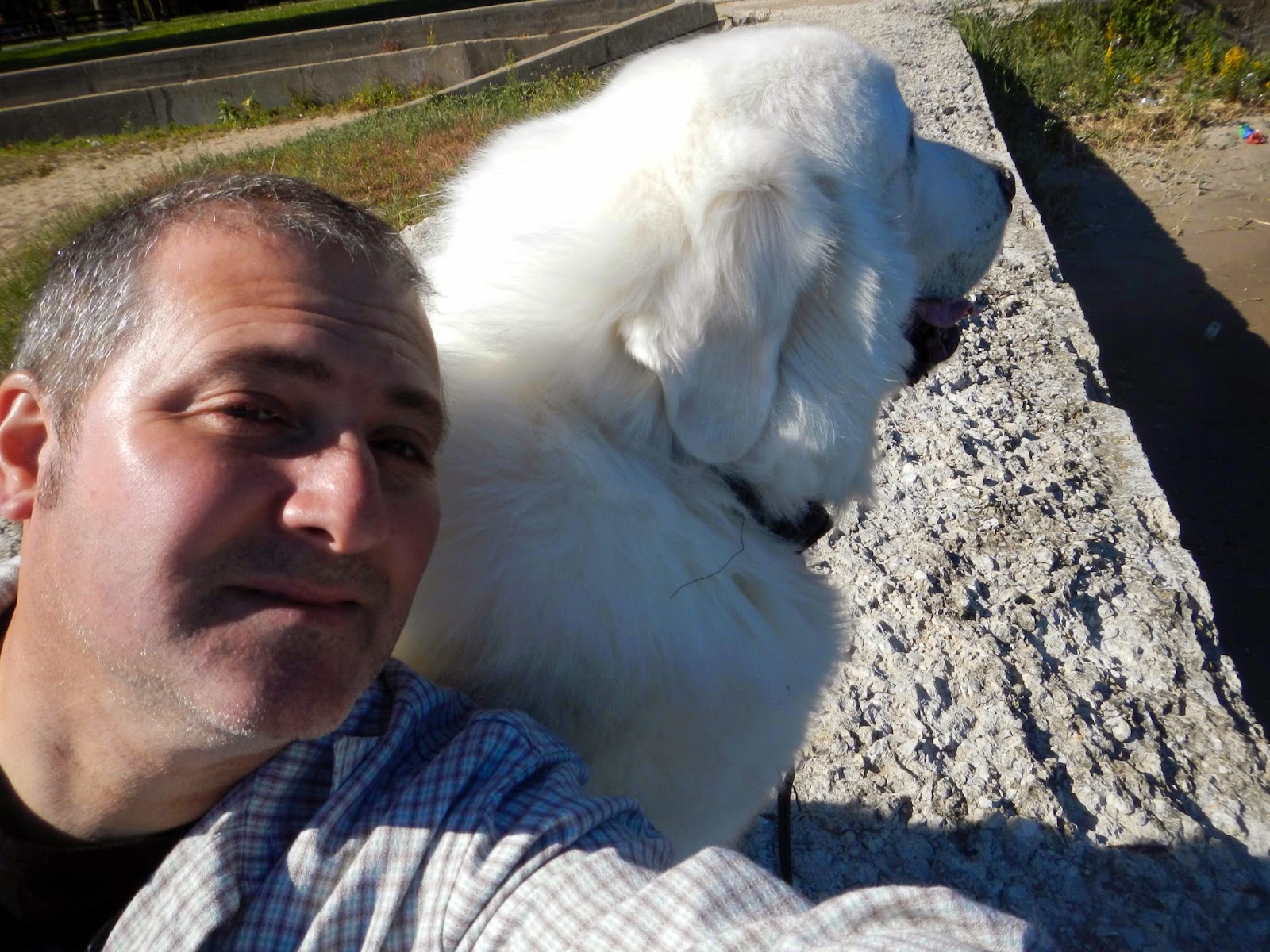 ...Oslo was not that interested. After dropping the dogs off at the house, Chrissy & I headed down the street to Lansing's Autumn Fest. 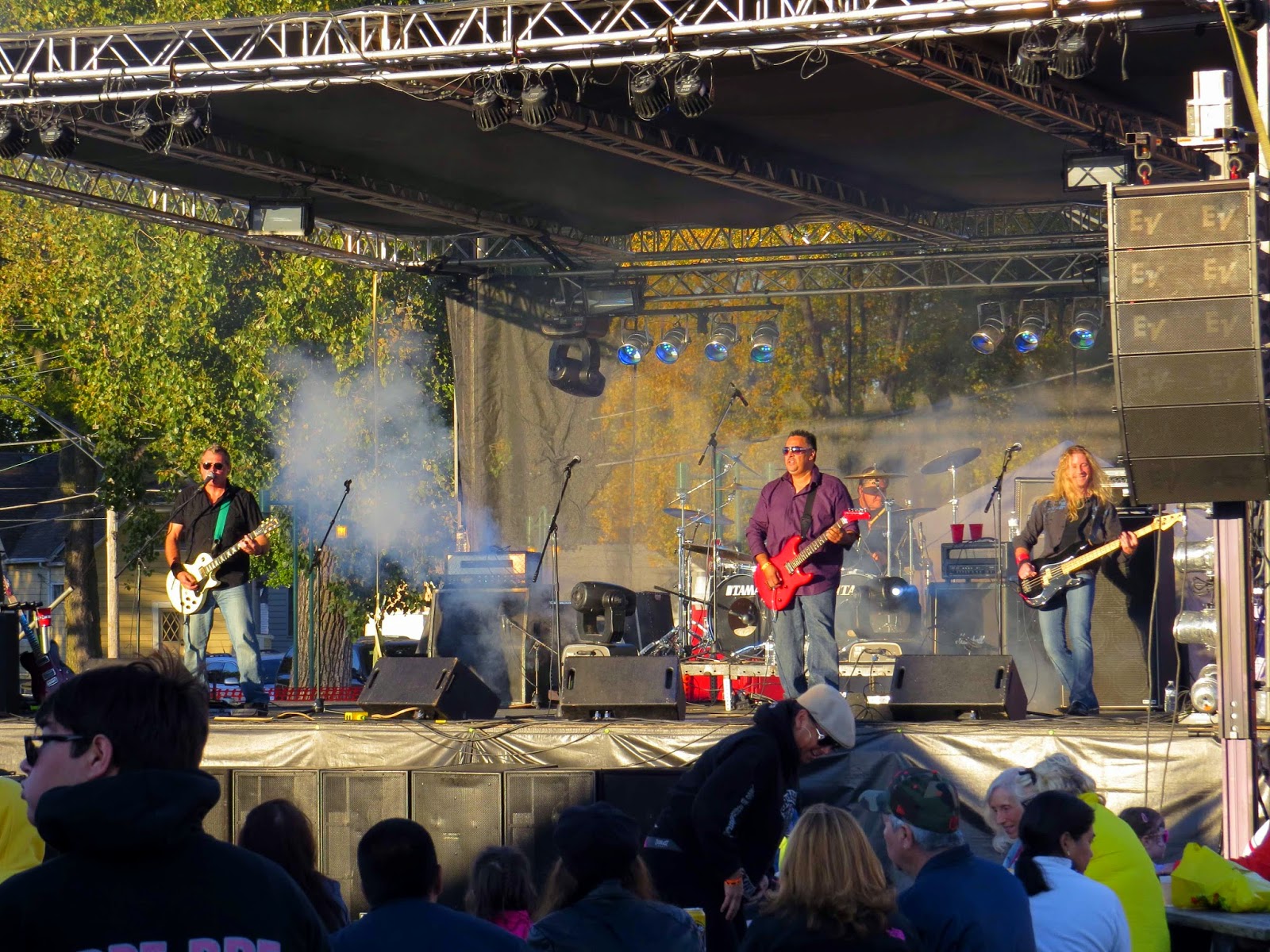 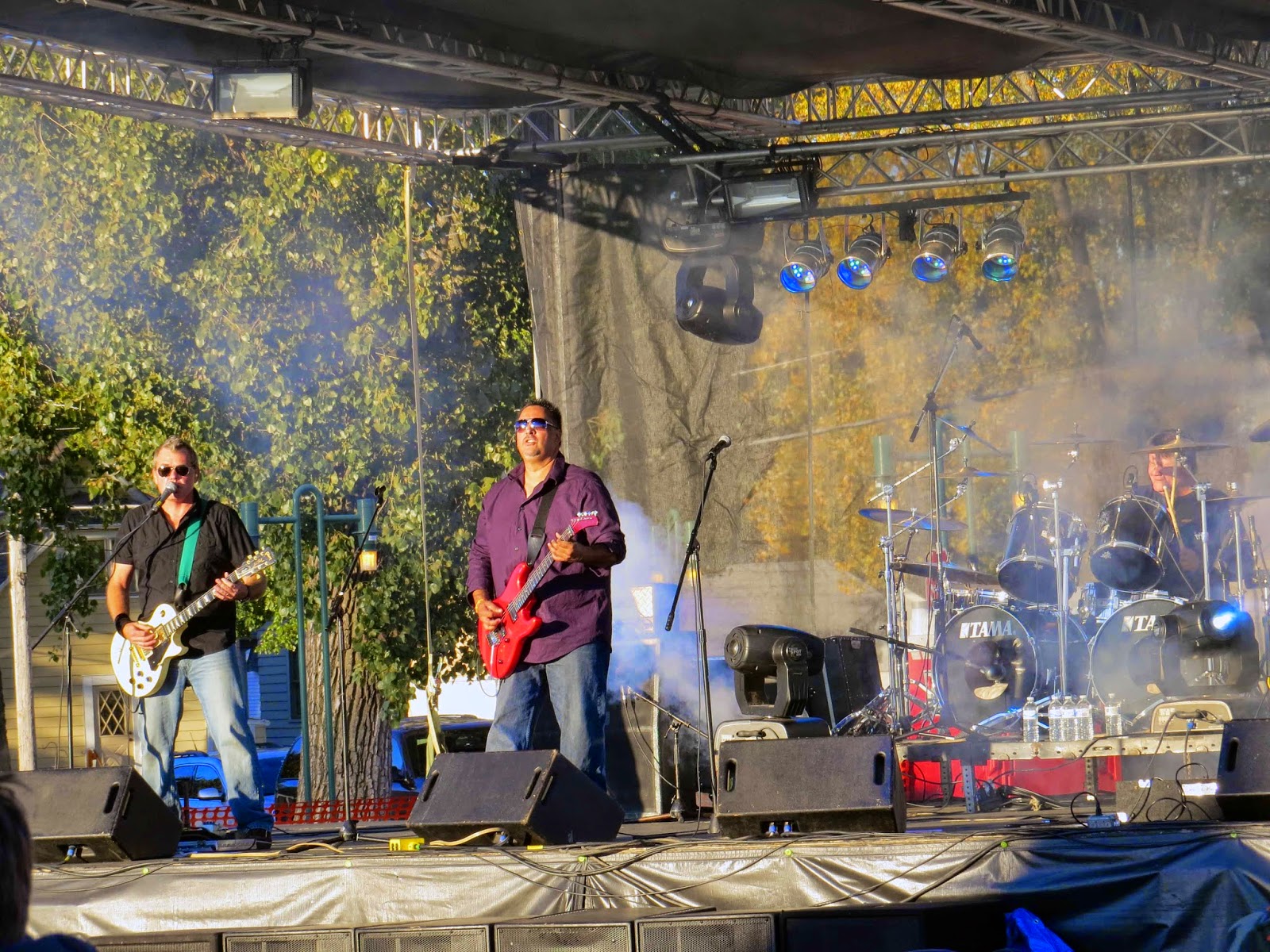 I was impressed because instead of the usual overplayed songs from my much younger years, they played deep album tracks. A few took me until the chorus to recognize them. 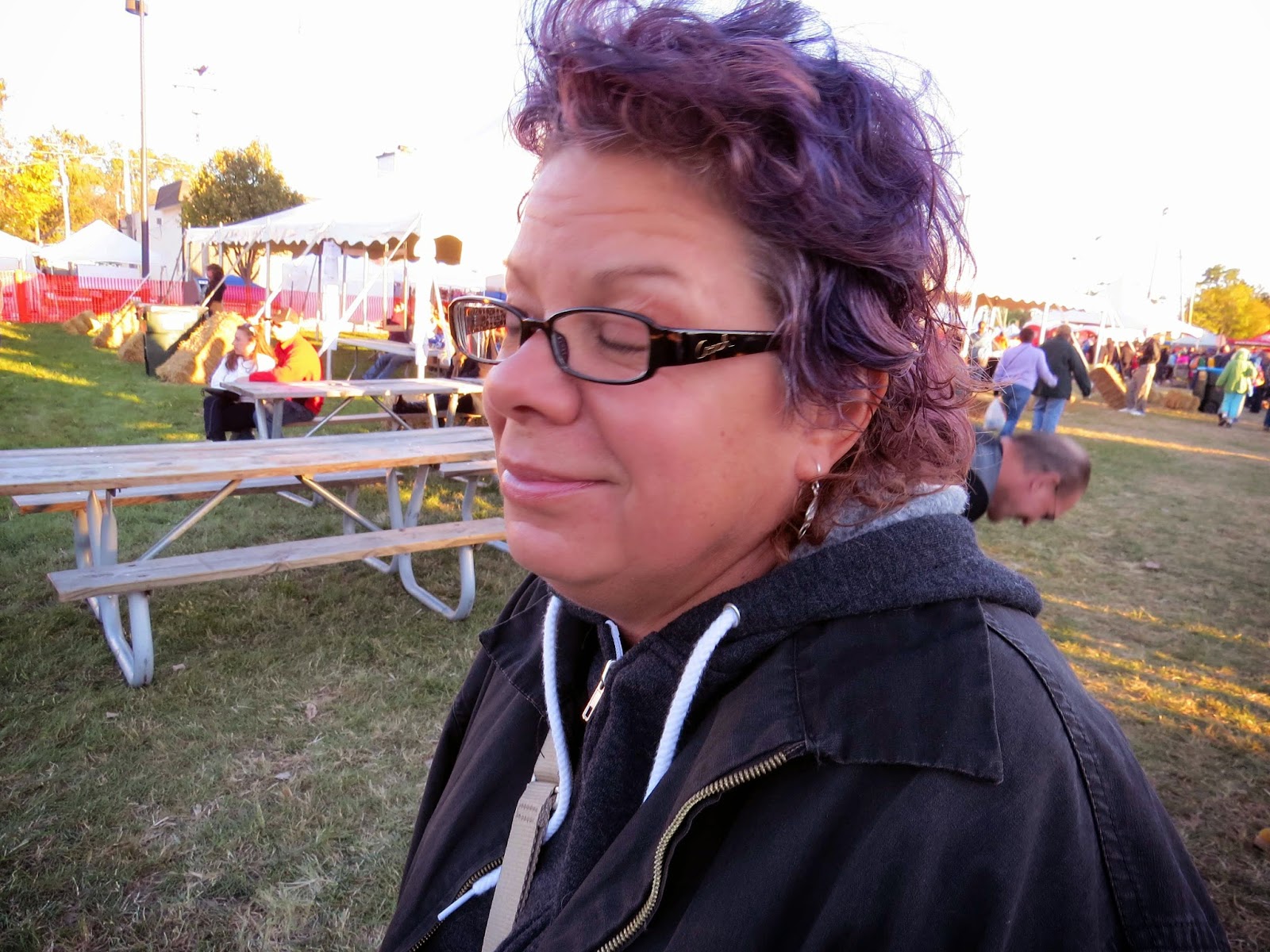 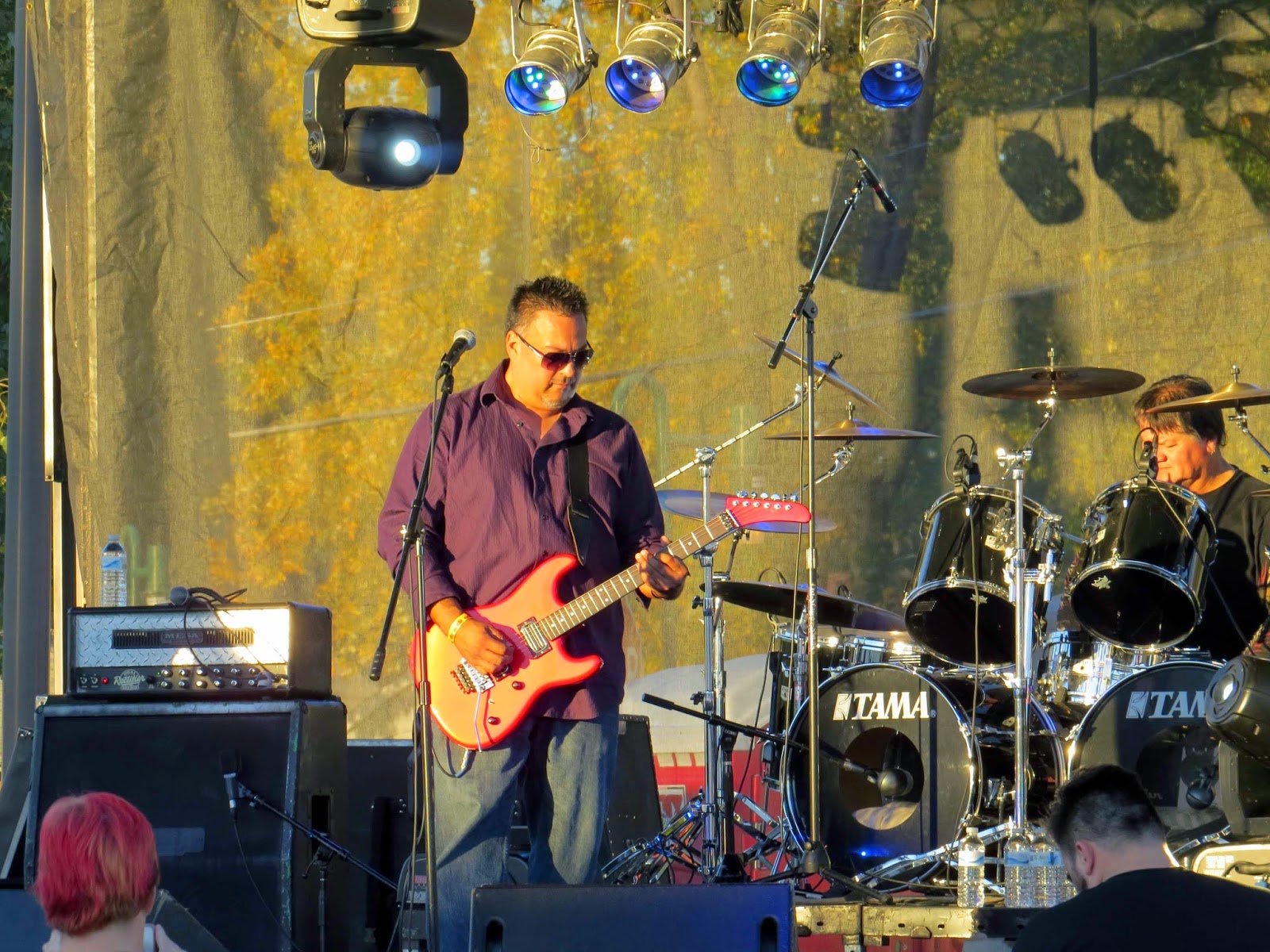 Rockzilla also played "Stranglehold" by Ted Nugent, "Snortin' Whiskey Drinkin' Cocaine" by Pat Travers, a Michael Schenker and a Deep Purple song that I either did not know or remember. 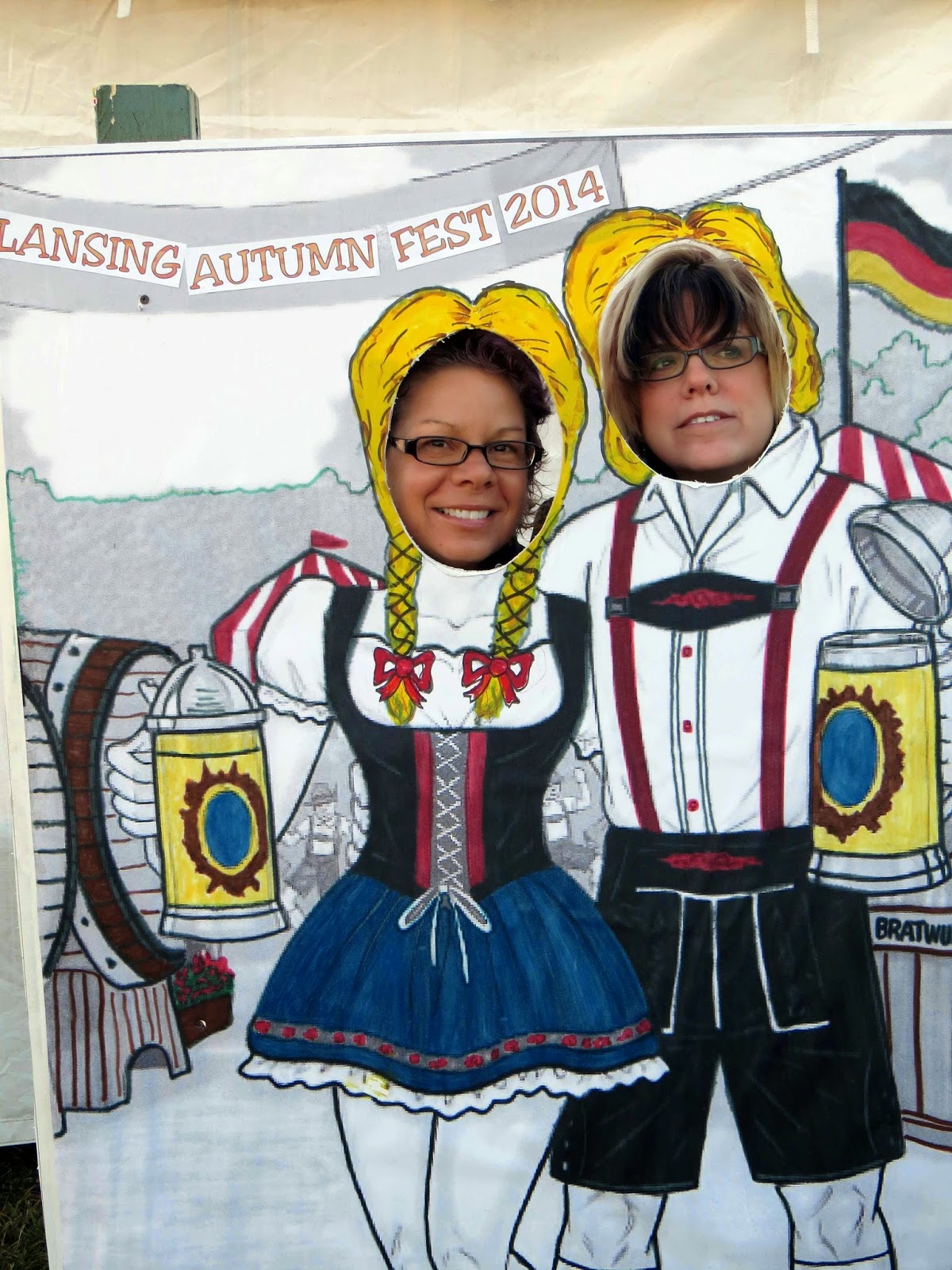 Chrissy had to be the girl because she wasn't tall enough to be the man. I couldn't be either one because my giant head would fit in either hole. 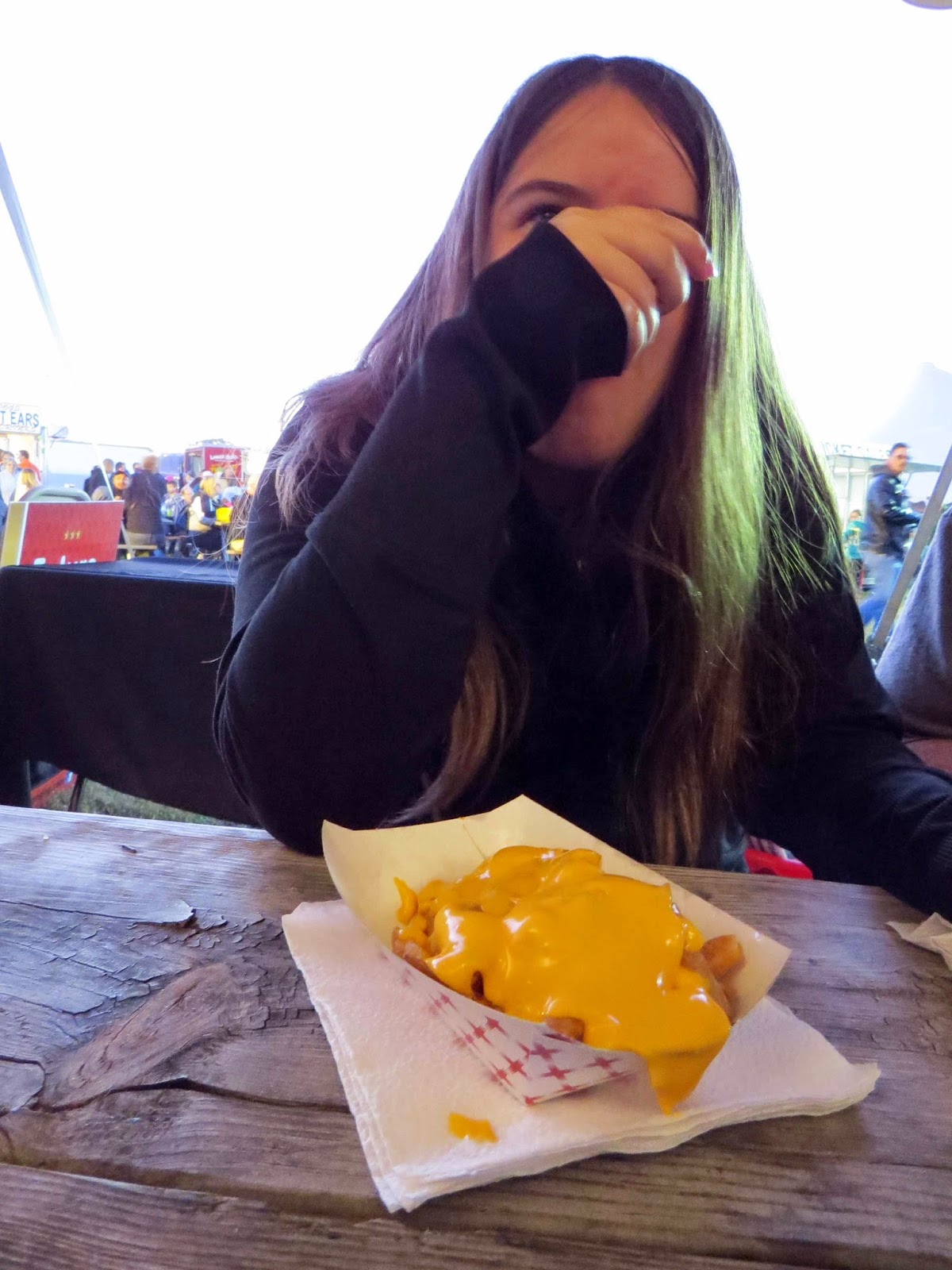 My niece, Kristian refused to let me take a picture of her... 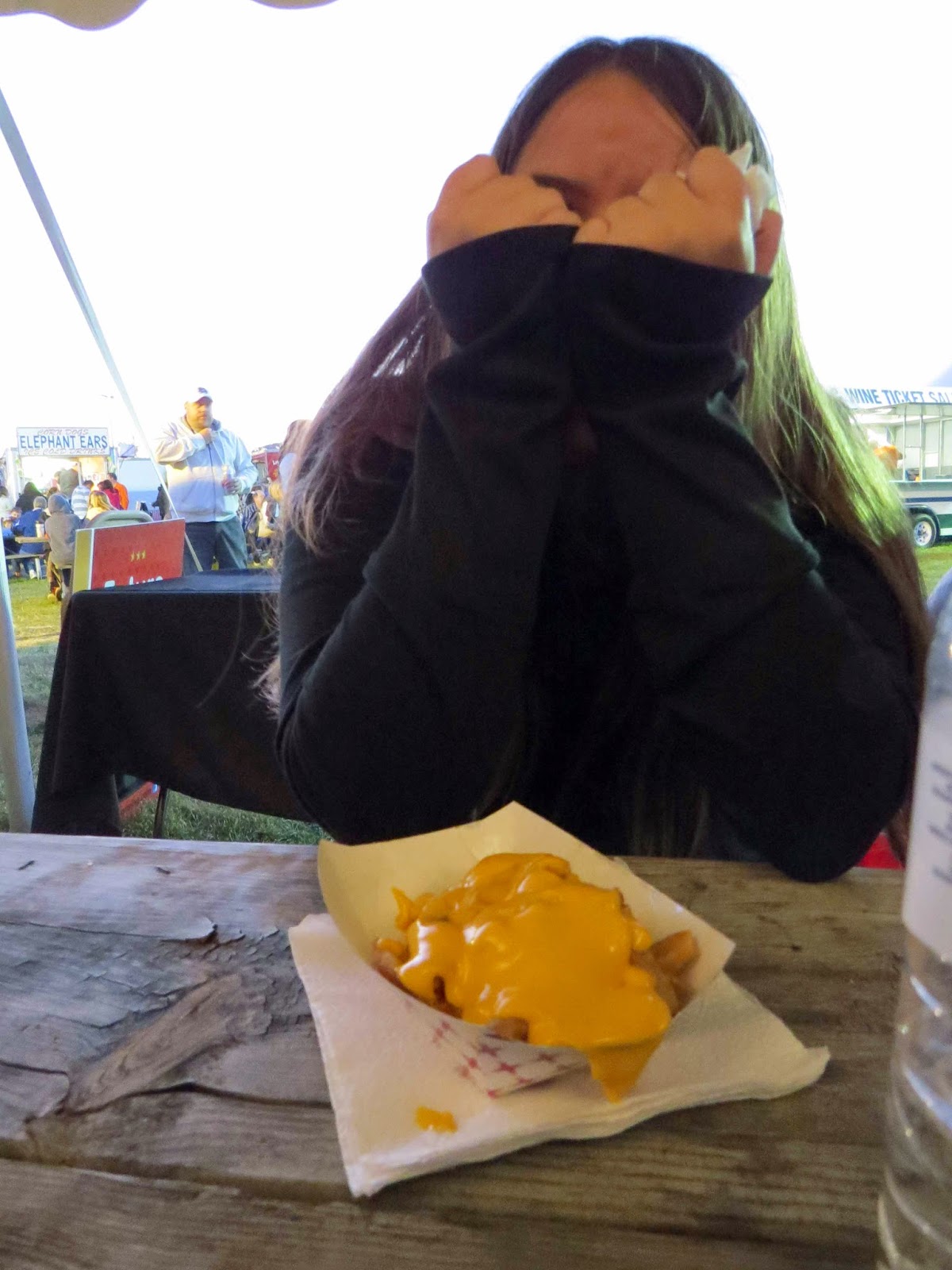 ...I waited and waited, her cheese fries got cold, and she still wouldn't let me take a picture. We enjoyed some schnitzel for dinner with several long time Lansing residents. They were a bit older than us and were not enjoying the music Rockzilla was playing. But I really enjoyed their lively spirit and the time we spent with them. After all, isn't that why the village has events like this...so you can meet people that live here but may not be in the same social circles as you. 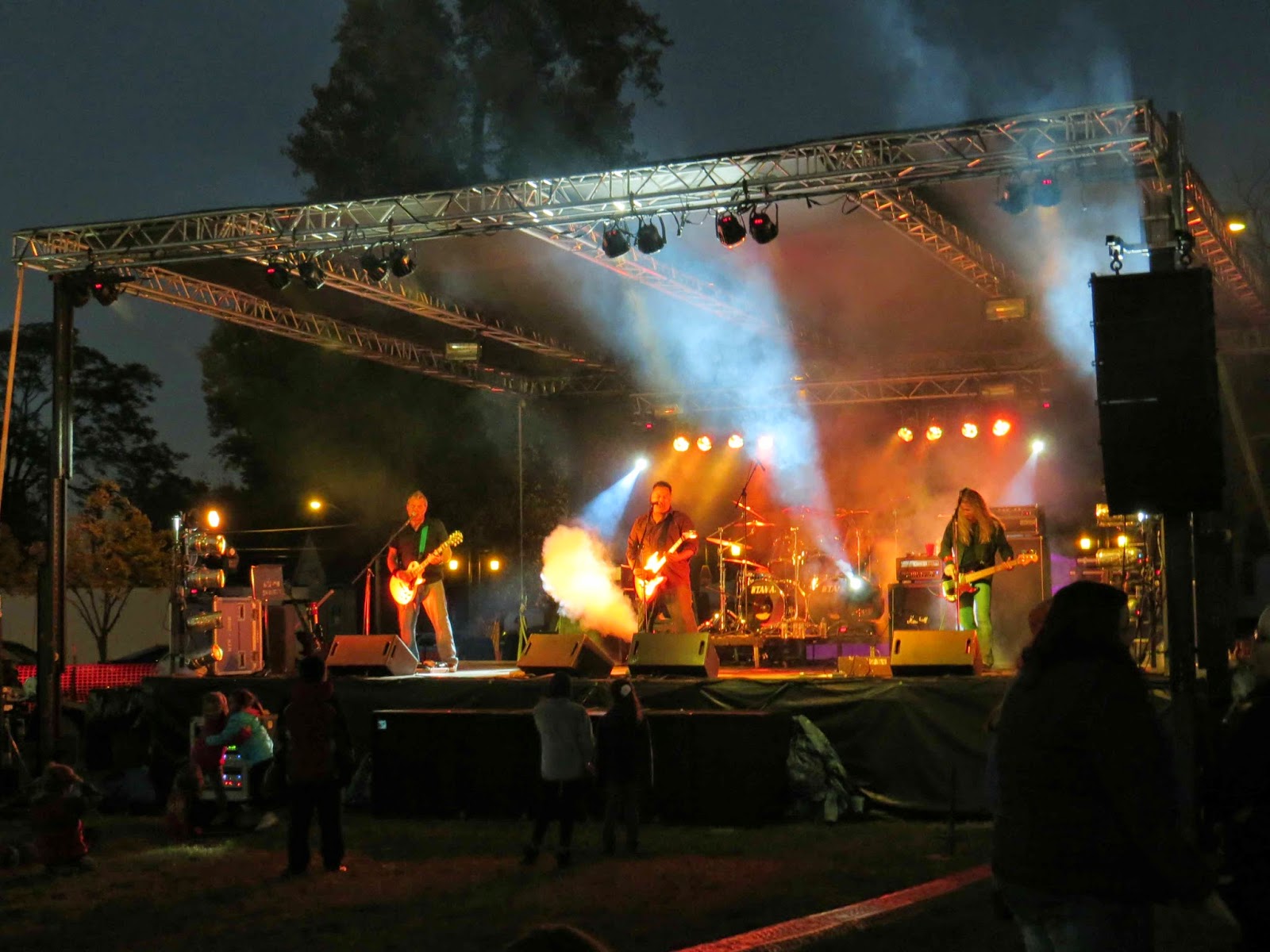 By the end of their set, the lights and fog machine were taking effect. 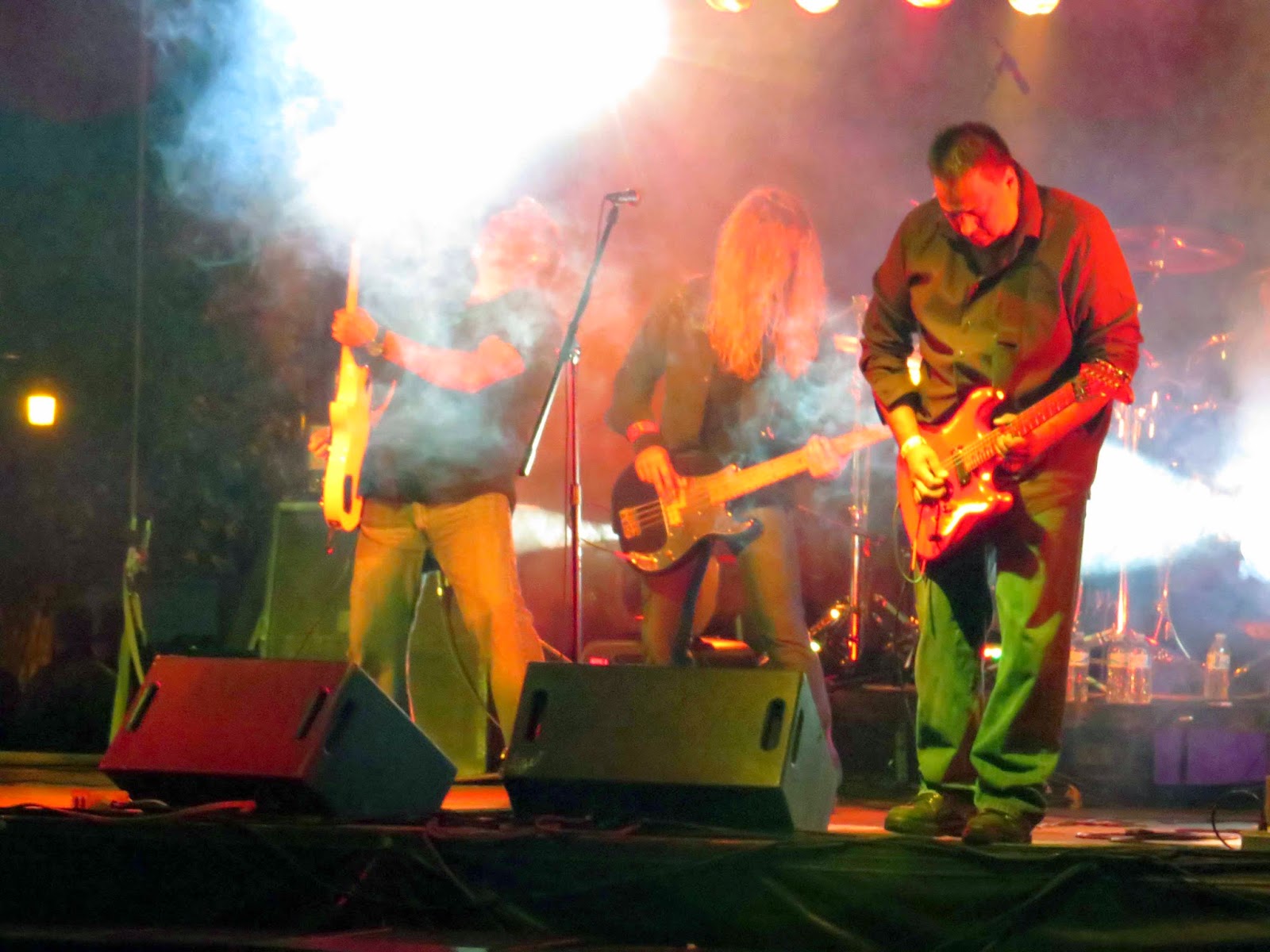 I figured that why they saved Metallica's "Enter Sandman" until later in the set. 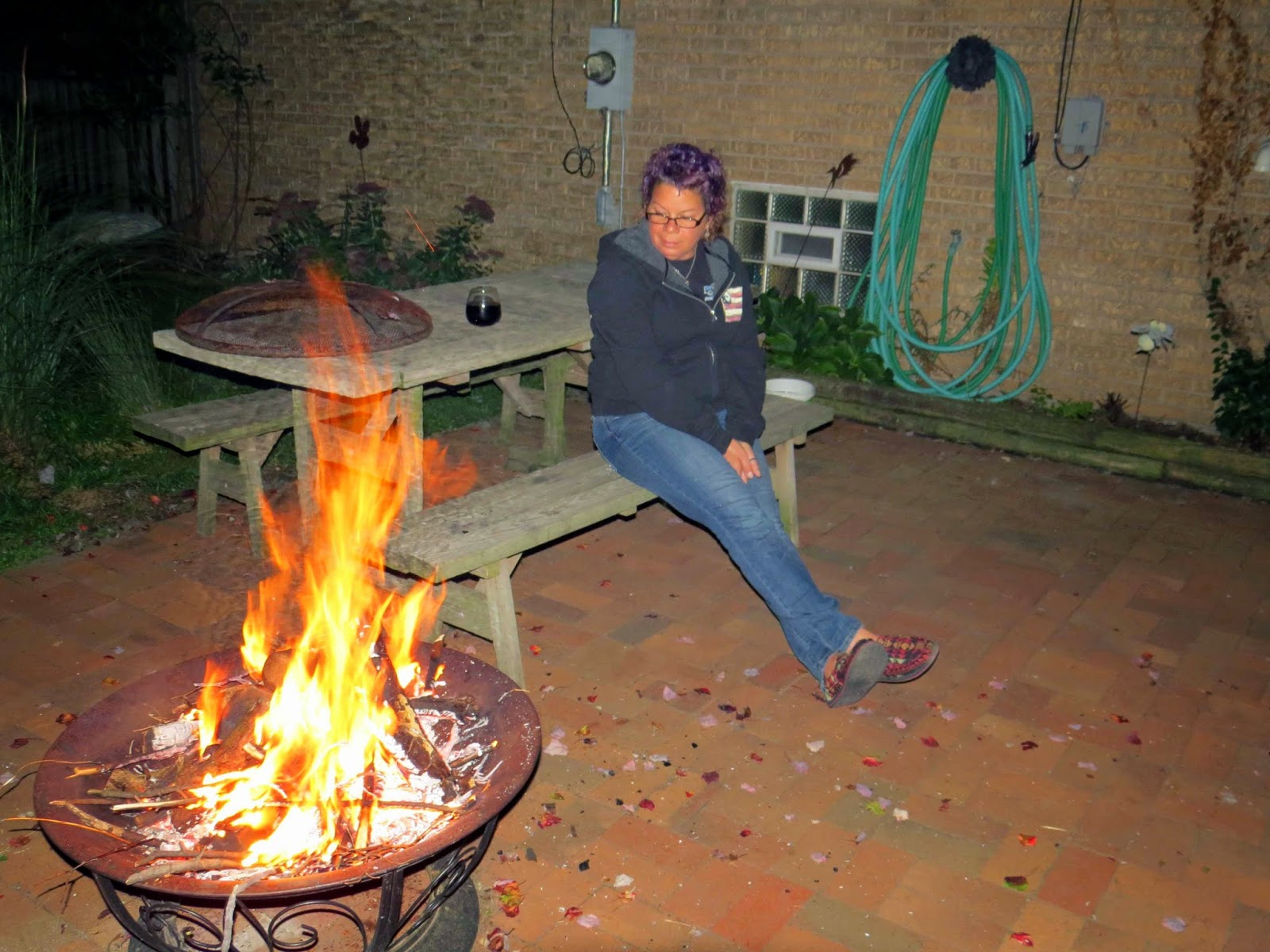 After the fest, Chrissy wanted a fire. I wanted to watch the Blackhawks game. So as usual she always gets what she wants, while I started the fire the Hawks scored twice in the first three minutes of the game. 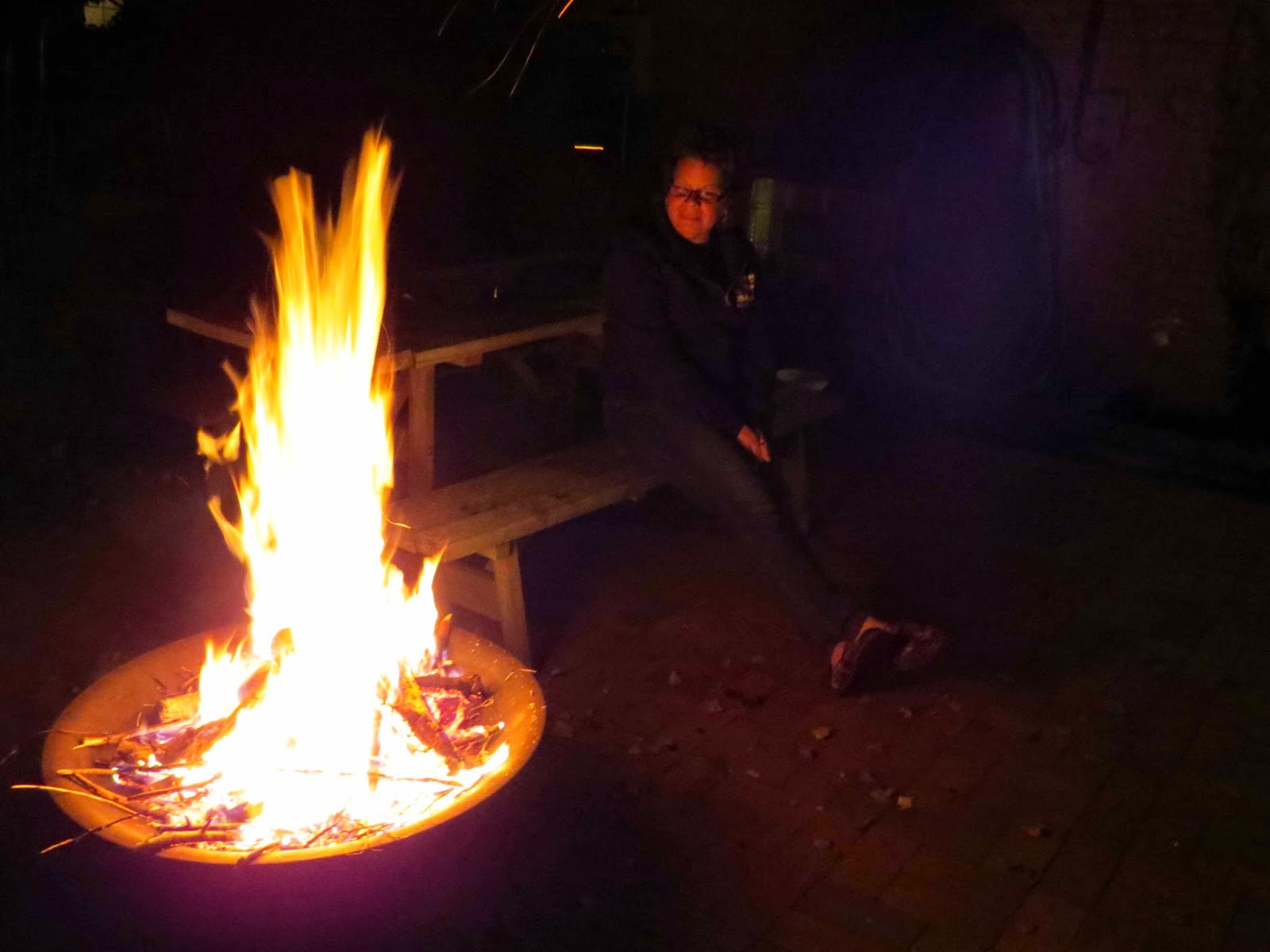 The fire felt good on a cool night. Eventually Kimmy and Kristian joined us. Oslo and I went inside to watch the Hawks and Roxie stayed outside with the rest of the girls. My perfect day ended with a 6-2 Hawks victory.