February 17 Driving Back Through Time 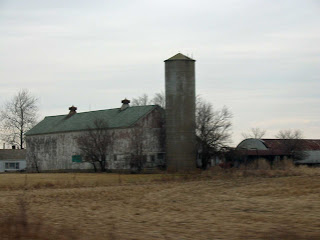 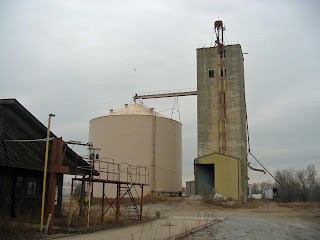 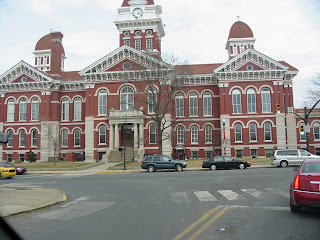 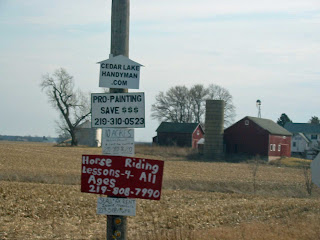 I had to drive from East Chicago, IN to Morocco, IN today with a stop in Crown Point. I'll admit to being in a contemplative mood, hell I was listening to Super Sounds Of The Seventies on my satellite radio all day. In East Chicago you can see the relics of a time when America was the most powerful industrial country in the world. Anyway, after seeing the effects of the steel industry's decline in East Chicago, I headed south through the suburban sprawl of Hammond, Highland, Schererville, St. John and Crown Point. Here is where the children of those steelworkers all moved. They didn't rent anymore, they moved up the social ladder and bought a house. Now most of these towns are just strip malls, big box stores and fast food shitholes. Some people would say these are signs of middle class prosperity. If living in an area where you can drive past 9 McDonalds in a 25 minute drive is living in prosperity, then these people are rich. It isn't my idea of living somewhere nice, but to each his own. Driving south of Crown Point is like driving backwards through time. As the speed limit gets higher and the stop lights fewer, the further back into America's past you go. The farms kept getting bigger, no fast food joints, mostly boarded up roadside places long out of business with names like JJ's, Peggy's or just a rusty Coca-Cola sign swinging in the wind. I could picture a better time when a truckload of farm kids would be driving along those gravel farm roads just happy to be done working in the fields. Most of those kids probably moved north to those same towns the steelworkers kids moved south to buy homes. I finally ended my journey in Morocco, a town whose biggest claim to fame is the Spilatro brothers were buried there. If you saw the movie, Casino, you know about the Spilatro brothers. These pictures were taken on my drive today. The court house is in Crown Point. It is also famous for another criminal act. John Dillinger escaped from here using a bar of soap carved into a gun. So America used to only have it's East Chicago's and it's Morocco's. You worked in a factory or on a farm. Then the suburbs were created and it's been downhill ever since for this country. Am I the lone wolf howling at this moon? What do you think?
Posted by Gregg at 8:32 PM