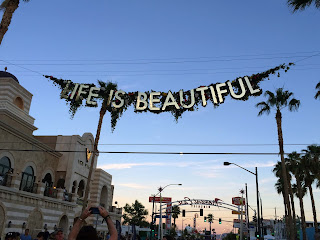 Since I was on call last night, I only got 3 hours of sleep before heading to Las Vegas this morning. We met my brother, George and his friend Manny, while checking in to the hotel. We had lunch at Triple George down the street and then slept for a few hours. Then Chrissy and I headed to the Life is Beautiful festival on the streets of Downtown Las Vegas. 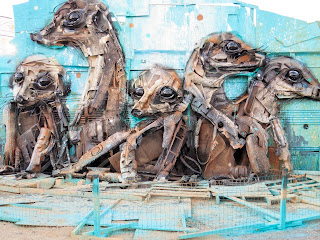 Since this is an Art, Food and Music festival, there is plenty to see while walking from stage to stage. Here's a meerkat art installation on the side of a bus... 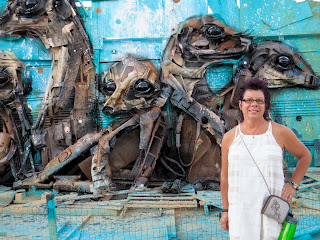 ...of course my zookeeper wife recognized the meerkats right away. 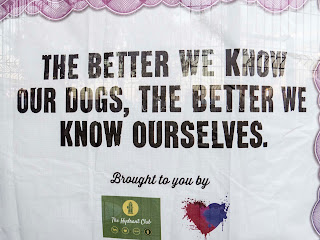 A little message from the Hydrant Club. Our dogs would love this dog park. 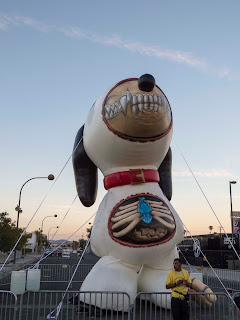 One of the most famous dogs in the world...punked out a little bit. 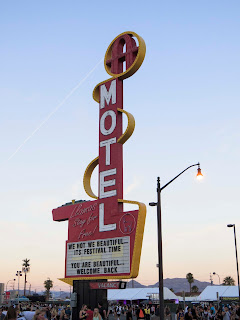 We wandered around the festival grounds on a very hot evening...which wasn't as bad as I thought it would be...because like everyone says...IT'S A DRY HEAT. 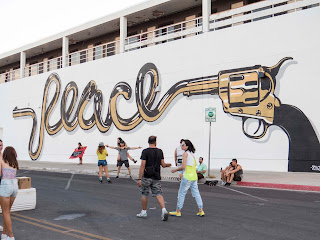 This festival and it's organizers are trying to revitalize the downtown neighborhood which has a lot of empty buildings and vacant lots...which provide great places for some street art. 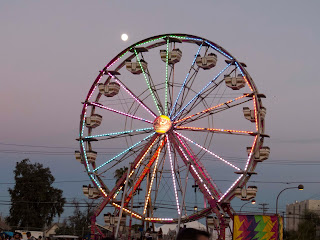 It looks like we will have a great view of Sunday nights supermoon eclipse. 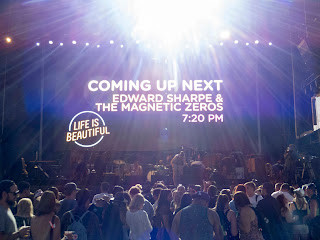 We got up close for our first band of the festival...Edward Sharpe & The Magnetic Zeros. 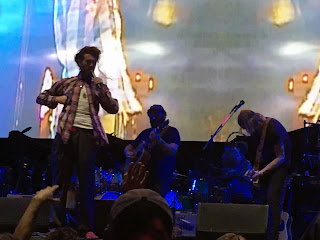 They put on a great show. The singer was in the crowd several times during the set. The crowd sang and danced along to all the songs while the large band followed the singer Alex Ebert's many orchestration changes. This was a fun show with great music that blended many influences. After their set, I was so full of energy...I no longer doubted that I would last until the end of Stevie Wonder's set at 1 am. We caught some reggae music by Rebelution on our way to find something to eat for dinner. 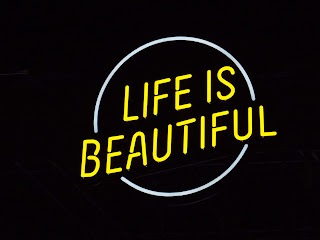 At 9:30 pm it was still 93 degrees. So after grabbing a Biloxi buttermilk fried chicken sandwich and some Korean Tacos w/ sweet soy onions and cilantro, we cooled off with Mai Tai...Appleton Estate Signature Blend Rum with Bols Orange Curacao, Fresh Lime & Giffard Orgeat. Very tasty and really hit the spot. 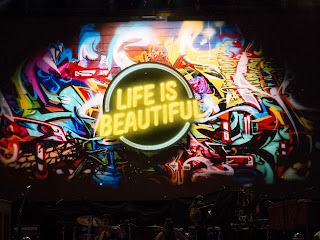 Stage backdrop while roadies set up the stage. 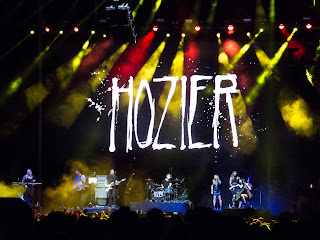 I really enjoyed the Irish soul music of Hozier but we left before his set ended to catch 21 Pilots because I missed their set at Lollapalooza and heard they put on a great show. 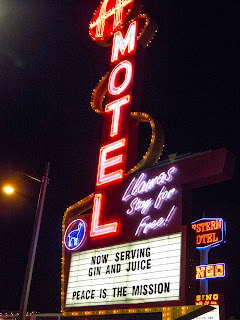 A little message to let you know Snoop Dogg is playing here Saturday.
21 Pilots were energetic and fun. We were way in the back and the sound was great. This festival definitely does sound better than Lolla and Riot Fest. It was now time to see a true musical legend, so we decided another cold drink was in order...Born on the Bayou...Rhum Clement Creole Shrubb Liqueur, Rhum Clement Select Barrel with fresh lemon and mango tea...Life is beautiful with tasty alcohol. 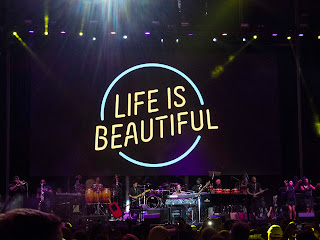 Stevie Wonder lived up to all expectations of mine. The music, the incredible songs, amazing musicians, the showmanship, the humor, the love, the dancing, the huge crowd singing along and the messages about changing the world...it all added up to a near out of body musical experience...at times the chills up my spine lasted for minutes...other times I just closed my eyes and let the power of the music cause me to float away in my own mind. Another mind blowing musical experience for me at a perfectly named festival. 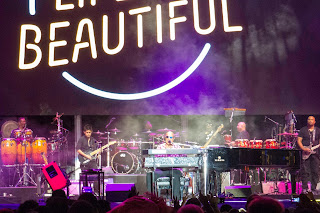 Stevie gave every musician a chance in the spotlight...they definitely deserved it because the band was amazingly talented. But the highlight was when he challenged each of the five background singers to out sing him...which every one of them did in their own way...listening to people who can sing like that sent chills up and down my spine each time...Stevie just laughed as each one upstaged him and stole the show...a true musical legend.

We ended our very long day at Pizza Rock for a real NYC slice and a Mexican Coke. Then went to bed 24 hours after waking up this morning.