I am posting this year's Christmas Letter for those that are not on the mailing list. No one asked for it but here it is anyway. My Christmas wish is that all Santas look like the one holding the bag of goodies. I hope you enjoy the letter. 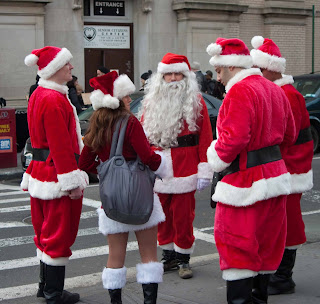 This Gregg was a mountain biking man, Actually not so brave or sure.
He went riding this beautiful day, for a three hour tour, a three hour tour.
Down the ravine he did ride, didn’t notice the chain had popped off
And slammed the pedal into the ground, He didn’t know it then but his foot could be lost.