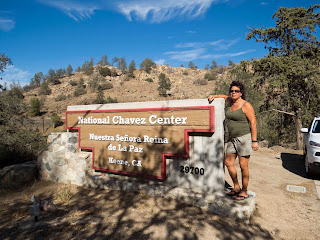 We spent the day driving from Las Vegas to Sequoia National Park. When I am planning trips like this I always look for interesting things along the way in order to break up the drive. Today we decided to stop at the Cesar E. Chavez National Monument. We walked into the visitor center just as they were starting a video about Cesar Chavez and the United Farm Workers movement for a family that walked in before us. So we joined them. I have always loved history and today I got an incredible history lesson. After the introduction video, I walked into the exhibit area with the family that also watched the video. It turns out the mother grew up here at La Paz because her parents were part of the UFW. As she explained everything to her teenage sons, I was lucky enough to hear her living history story and I was thrilled to walk through the exhibits with her. There was music playing quietly in the exhibit area and she explained that her mother used to sing these songs to her as  child. They were the only lullabies she knew and she sang them to her kids when they were little. 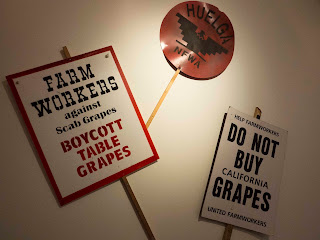 I heard personal stories about painting signs like these... 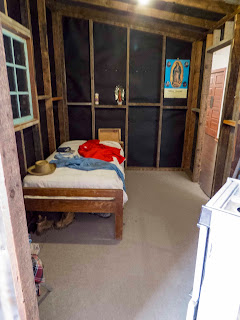 ...and living in one room shacks. Also heard great stories about the people in the many photographs used to tell the story of Cesar Chavez and the struggles of the labor movement involved with the UFW. 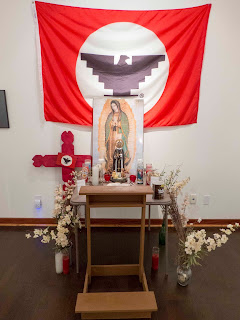 Several photos of the exhibits in the small exhibit space here. 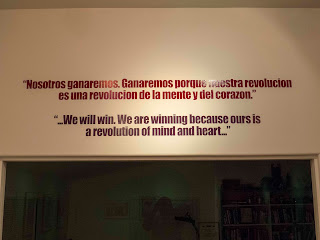 A great quote. This labor movement to help the migrant farm workers occurred in the 1970's. Those involved must be disappointed with the ongoing dismantling of unions since the 1980's. 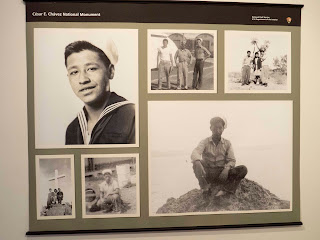 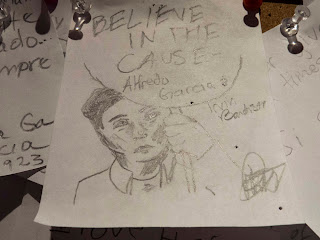 There is an area for kids to write something and post it on the wall. I liked this one. 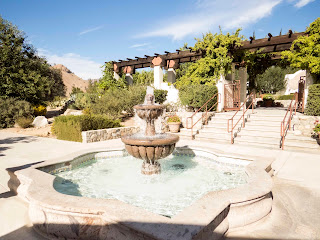 Cesar Chavez lived here with his family and so did many others associated with the UFW. The grounds are beautiful at La Paz located in the Tehachapi Mountains. 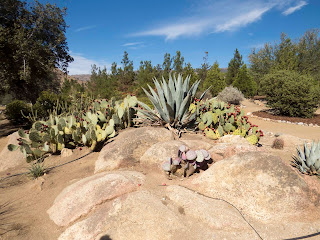 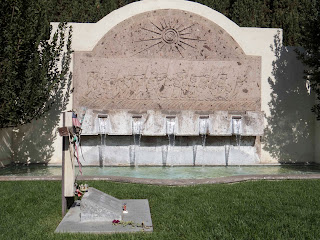 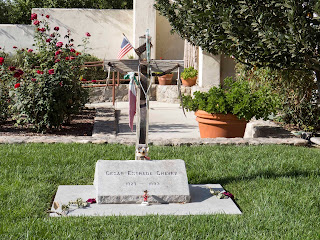 Cesar Chavez is buried here as he requested. He was definitely the leader of the farm workers labor movement but there were also many others involved. The lesson to be learned here is that this group of people suffered to help many others...people they would never get a chance to meet. That is my definition of a hero. It is up to all of us to make sure their struggles are never forgotten. This site is a start but fighting to maintain all they achieved is what the rest of us must do...forever. 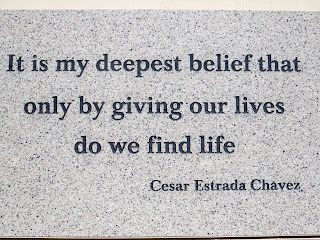