I'm a guy, so I really do not keep track of anniversaries and which gift is associated with each year. For example, the 25th is silver. Yes, I googled it. Anyway I recently celebrated, actually celebrated isn't really the word to describe it, let's go with suffered through my 46th birthday. Now you are asking, does this blog have a point...I am getting to the point...apparently the 46th year is the dick joke year....who knew? Here are a few of the cards I received this year. This one was sent by my mother-in-law. She used to work in a flower shop so I am pretty sure she has the Anniversary Year list memorized so here's her contribution to my Dick Joke year. 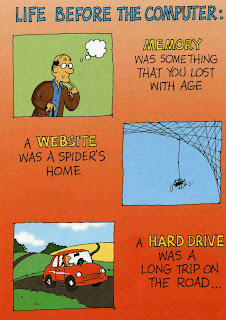 on the inside it reads..."and if you had a 3-1/2" floppy you just hoped nobody found out!"
This one came from Chrissy's Aunt Marilyn. 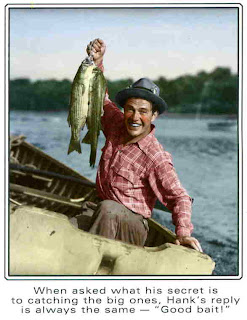 it reads "Happy Birthday to a real master baiter."
and finally the one from my wife... 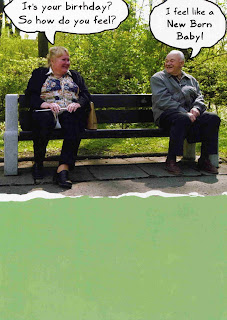 it reads "No hair, no teeth and I think I just wet myself." So just remember to get the dick joke cards for someone's 46th year.
Posted by Gregg at 10:23 AM