I DJ'd the Paddles T. Otter New Year's Eve party at the skating rink in Deep River Waterpark. Chrissy brought her sister's kids along. I also saw several friends, Jimmy, Dave, Naveed, Keith & TJ with their kids. The temperature dropped from 30 degrees to about 10 degrees but a good time was had by the kids. Dave & Jimmy's were the last ones off the ice at the end of the night. 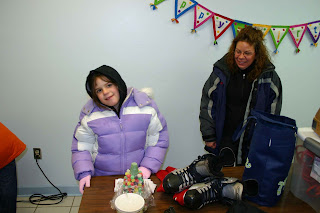 Here's Chrissy with her mini-me, Kristian 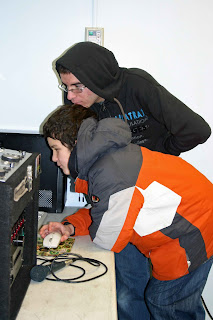 My nephews, Kennedy & Kyle DJ'd while I went skating 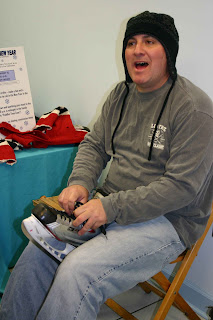 putting on my hockey skates 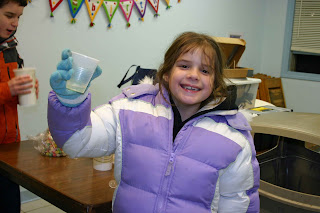