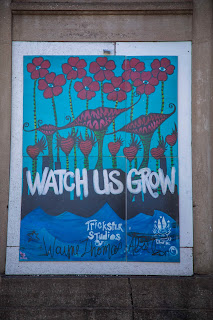 I joined the Decay Devils three years ago because of the artist who painted this mural, Wayne Thomas Abel. I first met Wayne at a Hammond Art Walk years ago. I loved him and his art instantly. He had a wonderfully rough and uniquely wild way about him but was passionate about the things he cared about. He also has so many great stories and knows how to tell them. I met him several times since then and he was always willing to hang out and talk about music, politics, and art with me. In the Summer of 2017, Wayne posted on FB that he was painting a mural for the Decay Devils at Union Station in Gary. I looked up who the Decay Devils were. A group of artists, writers and photographers who enjoyed Urban Exploring (Urbex). Their love of abandoned buildings led them to form a nonprofit charity to try and save these historic buildings. I signed up to join this group that day. Today I found out Wayne passed away last week. Wayne lived his life on his own terms and I respect him for that. I also thank him for the few times our paths crossed and I will miss him. 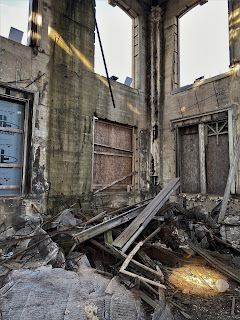 I took a few 'before' pictures inside Union Station. 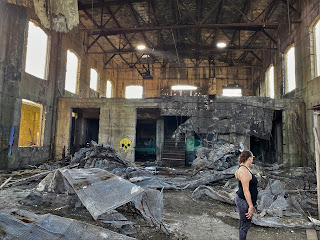 We plan on clearing as much of the main floor as we can and salvage the metal for recycling. 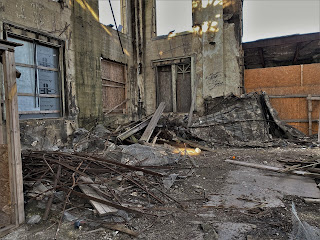 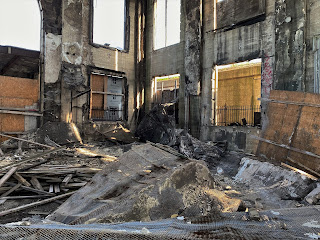 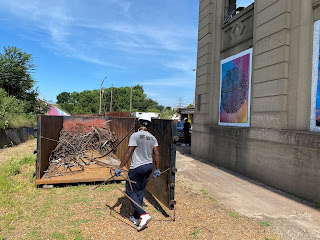 We have two dumpsters one for scrap metal and one for the wire mesh that used to be the underside of the roof and the ceiling. 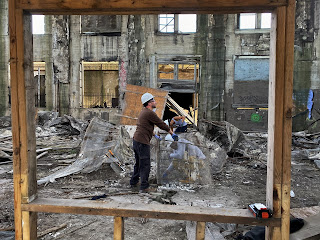 Several of us worked on the main floor... 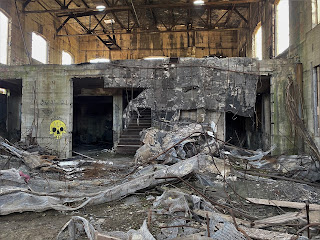 ...and Tyrell and Emery worked on the second floor. 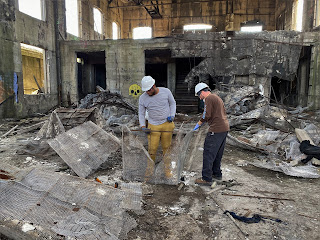 We started at 8am but the heat and humidity quickly increased. I'm glad there were several young men helping out because I needed a lot of water breaks. 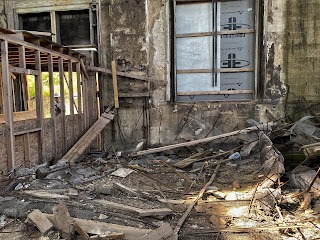 We concentrated on cutting out as much metal as we could. Everything else will be removed when we get garbage dumpsters on site. 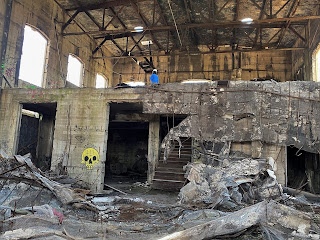 Most of the debris on the main floor is from the roof and ceiling collapsing over the years. 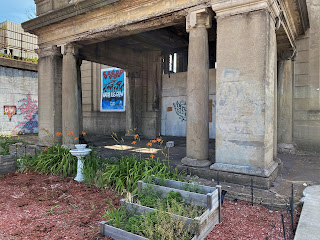 Maurice cleared the garden early in the day. Then helped Leo, Keith, Bryan, and me inside the building. 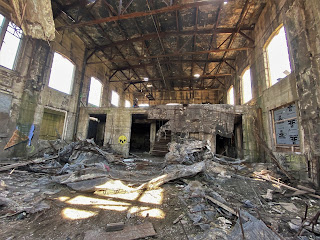 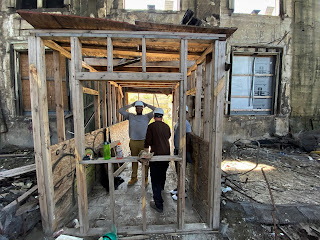 The only breeze was right here in the framed entranceway. It felt good to stand here for a few minutes. 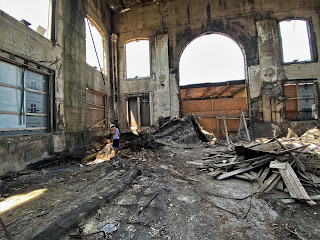 Keith was a one-man wrecking crew in this corner. He cleared out several layers of debris. 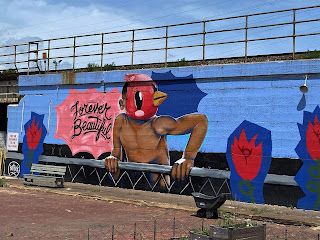 Taking pictures on one of many rest breaks for me. 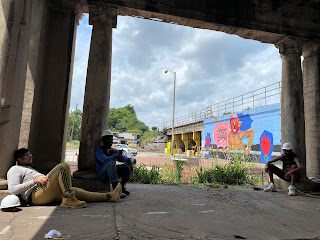 A quick rest for the crew. 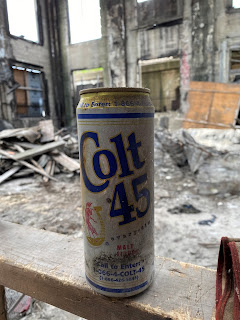 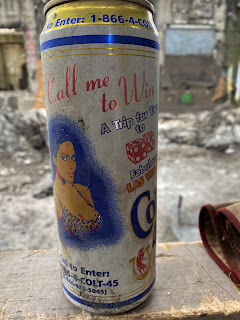 ...if you called this lady you could win a trip for two to Las Vegas. 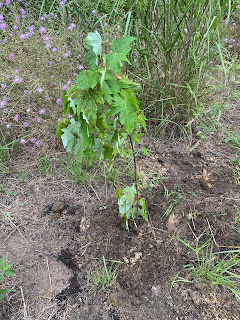 After we were done for the day. I planted two maple trees that I grew from seeds last fall in the woods behind Union Station. 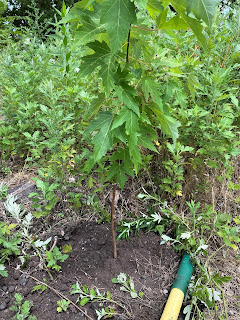 I did this for Christy's Trees For You and Me charity. She raises money to plant trees that help the environment and hopefully save her beloved polar bears. 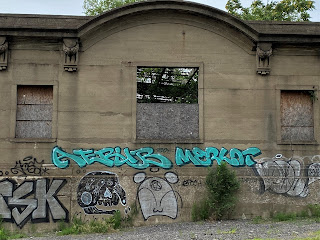 The east side of Union Station.
Sunday July 19th 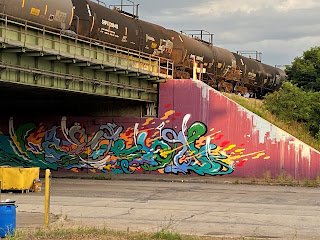 Due to the extreme heat yesterday, we stopped working at about 2pm. A few of us agreed to start at 6am this morning to avoid the heat. It didn't matter to me. I was sweating as soon as I got here. It rained for a few minutes about 7am. We worked through that rain. It was Tyrell, Keith, Leo and me this morning. We tried to clear a path from the side entrance to the staircase. About 7:45am I storm blew in and the rain was pouring through the holes in the roof down on us. We did our best to salvage as much scrap metal as we could. Eventually, it was pointless to continue as the rain never let up. We called it a day at 9am. 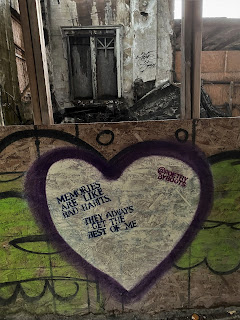 While picking up the tools and boarding up the entrance. I took a few pictures. I love @poetrybyboots. I've seen these heartshaped poems all over Gary. They always make me think, then really hit me hard in a good way. 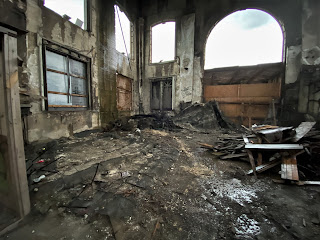 This corner cleaned down to the floor. 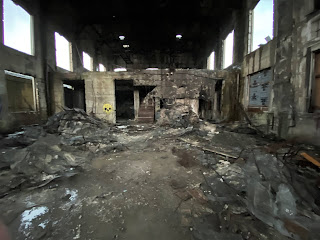 A clear path to the staircase. The Decay Devils thank everyone who helped us on-site this weekend and everyone who supports our work with donations like Summit Inc who donated the dumpsters and recycled the metal for us. 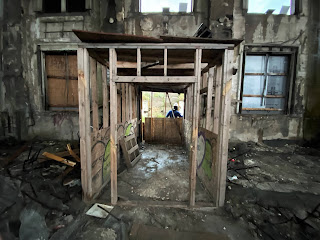 Tyrell's about to board me up in here, I gotta stop taking pictures. 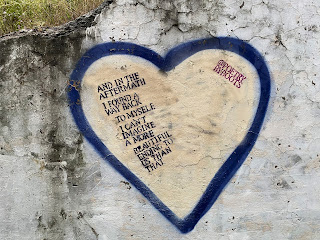 Another thought-provoking poem by @poetrybyboots on the wall outside Union Station. 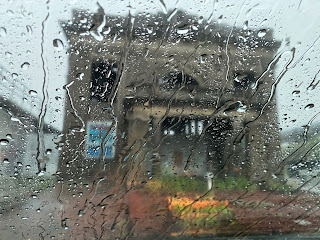 I was drenched with sweat before it started raining. So it felt good to me when that cool rain poured down on me. I changed into a dry shirt and took this picture before driving home. Even though I am exhausted, it felt good to spend time at Union Station with my Decay Devils family.
Posted by Gregg at 3:31 PM