October 4, 2018 A Day Of Driving with a Few Interesting Stops 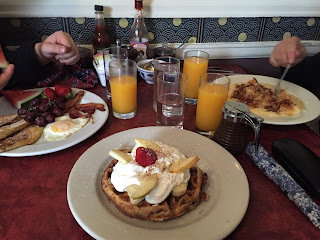 Since we have to drop Chrissy off at her conference in Denver. This delicious Creole breakfast at Lucile's in Boulder is our last meal together until next Tuesday. It will be me and my nephew, Kennedy on our own for the next 4 days. 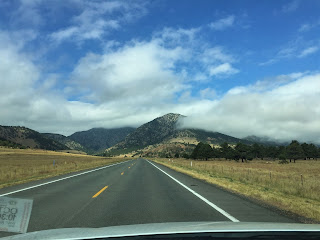 Our day started out looking good until we drove into the mountains. The fog and rain combined to limit visibility at times to less than 10 feet at the highest elevations. Since I am a flatlander, the drive to Golden Gate State Park took much longer than I thought it would. 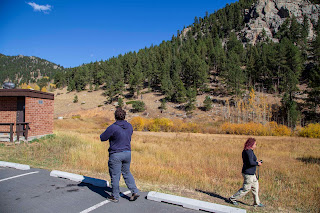 By the time we got to the lower elevations of Golden Gate State Park, it was blue skies and sunshine. And all of us were happy to be alive and out of the car. 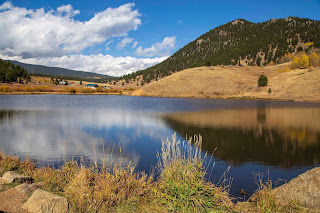 We only had time to stop at a few places. But the sun and the fall colors were a joy to see. 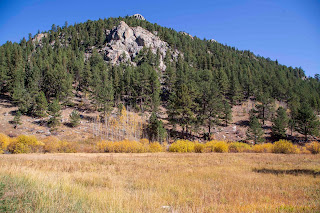 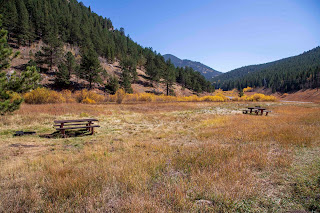 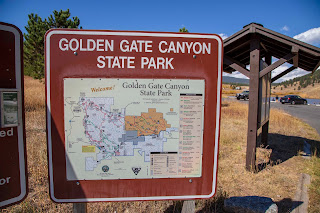 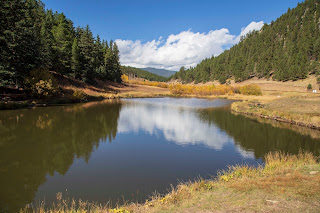 We walked around the Slough Pond area. 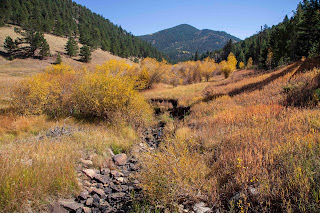 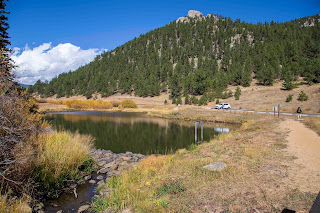 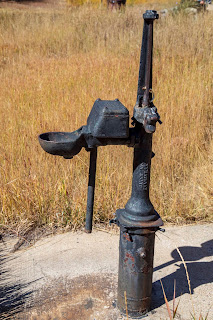 Because I am a history geek, I checked out this old and non functional roadside pump style water fountain. It was made by Baker MFG in Evansville, WI. The company is still in business. 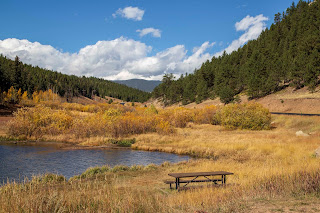 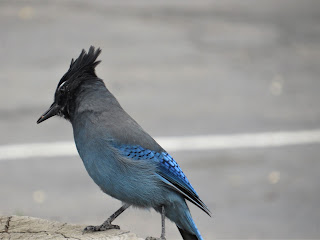 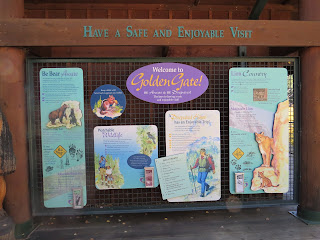 We always stop at the visitor center if the park has one... 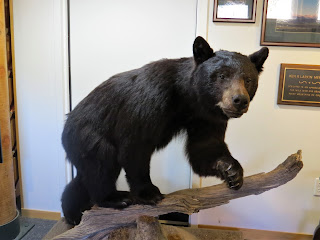 ...unfortunately this is the only black bear Chrissy has seen so far. 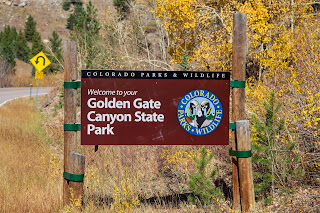 I had to take this picture on the way out of the park.
We dropped Christy off in Denver. Then Kennedy and I drove out to Steamboat Springs. 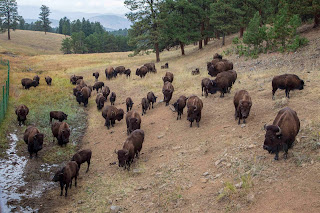 We saw a roadside herd of bison along the way. 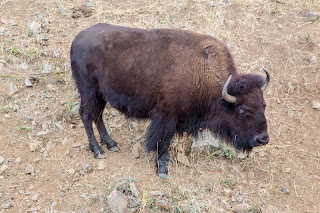 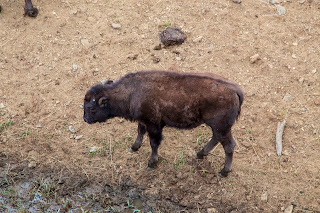 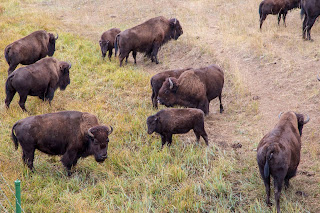 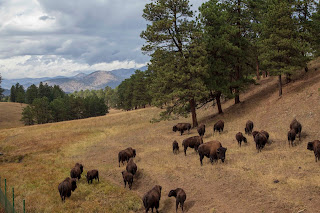 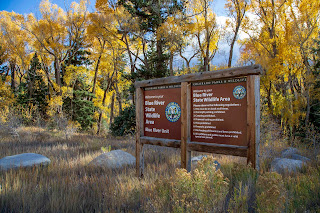 We drove through snow on I-70 before Silverthorne. But we were driving under blue skies by the time we reached the Blue River State Wildlife Area. 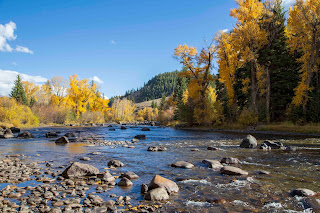 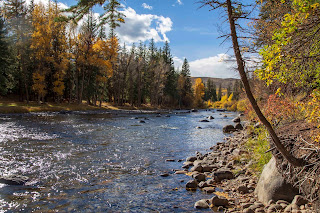 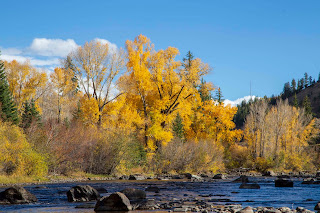 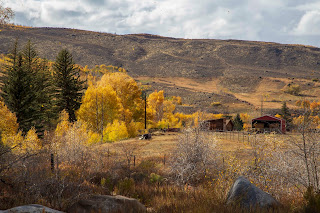 After a quick visit here... 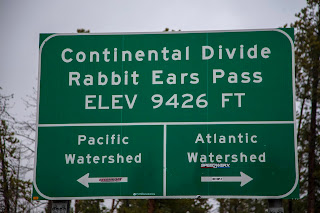 ...we drove to Steamboat Springs and drove over Rabbit Ears Pass. 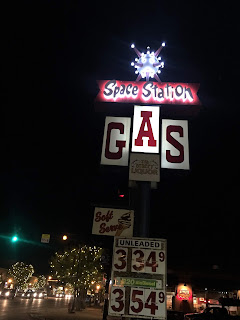 A couple of pictures taken while walking around Steamboat Springs looking for a place to eat. 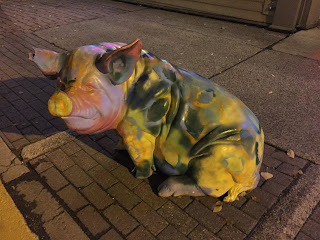 Colorful pigs...maybe we had too much to drink...maybe not since it wasn't flying. Good Night from Steamboat.